NATO member Bulgaria said it had refused permission to an unspecified number of Russian aircraft to cross its airspace late last week, amid growing US fears that Moscow is boosting its military support for Syrian President Bashar al-Assad.

“The planes were said to carry humanitarian aid but we had information, that we had every reason to trust, that the declared cargo was not the real one,” foreign ministry spokeswoman Betina Zhoteva told AFP news agency on Tuesday.

Zhoteva said the decision was taken late last week but did not give details about the number of the planes.
RELATED: Putin says Syria’s Assad is ready to share power

She said the decision was taken independently without pressure from NATO partners.

However, the US on Monday had asked Greece, also a NATO member, to ban Russian supply flights to Syria from its airspace.

Washington is concerned that Moscow could be increasing its military support to Assad, an issue raised by US Secretary of State John Kerry with Russian counterpart Sergei Lavrov at the weekend.

Russian newswire RIA Novosti said on Monday that Russia was seeking permission to run the flights up to September 24.

But it was not immediately clear why Russia had made the request and how it related to the flights it is already running into Syria.

Russia now planned to use a route east of Greek airspace for the flights, Moronis said.

Moscow has been sending flights to Syria throughout the conflict, which it says have been delivering aid and helping evacuate Russian nationals from the country.

RELATED: ‘Almost a quarter of a million people’ dead in Syria war

The Russian foreign minister said Moscow “has never concealed that it delivers military equipment to official Syrian authorities with the aim of combating terrorism”.

Pavel Felgenhauer, a Russian defence analyst, said Moscow has been trying to avoid Turkish airspace since a 2012 incident in which Ankara forced a Russian civilian jet en route to Damascus to land in Turkey and confiscated its cargo.

Ankara said at the time the plane was carrying Russian-made munitions destined for Syria’s armed forces. Moscow denied that and said a legal shipment of radar equipment was on board.

Syria has denied reports of increased military activity by Russian troops on its soil, after Washington said it was following up on claims of ramped up support from Moscow.

“There is absolutely nothing to these rumours and what was said a few days ago,” Zohbi said of reports of increased aid from Russia.

“There are no Russian forces, and there is no Russian military activity on Syrian territory by land, sea or air,” Zohbi told Al-Manar. 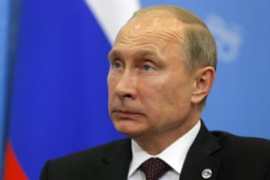 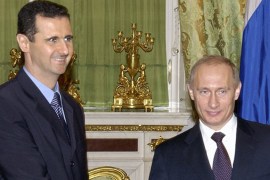