The Dutch capital Amsterdam will refund relatives of hundreds of Jews who were fined for being late with their rent during their incarceration in World War II concentration camps, city officials have said.

“From today, the descendants of the families can ask to be reimbursed for the fines imposed for late rental payments during World War II, which were unfairly collected,” the Dutch city said in a statement on Friday.

The issue came to light in April 2013 when a student published archive documents in which Jews who had escaped from the concentration camps were billed for arrears on properties belonging to the city of Amsterdam, according to the AFP news agency.

The city even imposed fines for late rents on houses which had been confiscated by the Nazis and occupied by Germans or members of the Dutch National Socialist Movement, the NSB.

Some of the homes had even been destroyed in the German bombing campaign.

A study by the Dutch Institute for War, Holocaust and Genocide found that 240 camp survivors had been forced to pay such fines on their arrears when they returned to Amsterdam.

The average sum to be reimbursed is around $2,000, but it varies from case to case.

In a separate case, the owners of about 900 bank accounts belonging to the war victims which were never reclaimed have now been identified.

Their relatives can now ask for the sums in the accounts to be handed over to them, worth an average of about $65.

A special website has been set up to trace the relatives, as many are difficult to find. 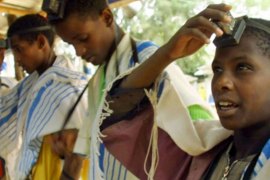 Tens of thousands practice in secret due to centuries of persecution and now they are divided over going public. 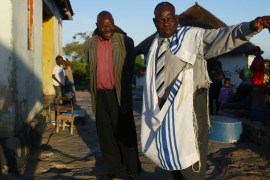 Lemba people, who adhere to Jewish beliefs, build their first synagogue in Mutuzu village to preserve their culture.