A British journalist and cameraman working for Vice News and their fixer have been detained in Turkey while reporting in the main city of the country’s predominantly Kurdish southeast, officials have said.

Vice News confirmed on Friday that the arrests, which took place late on Thursday in the city of Diyarbakir, had happened and said that the channel was working with authorities to secure their immediate release.

Turkish media identified the correspondent as Jake Hanrahan and the cameraman as Philip Pendlebury. The fixer was not named.

An official from the Diyarbakir governor’s office, speaking to the AP news agency on condition of anonymity, said the three were in custody at the police anti-terrorism department for filming without first seeking “media accreditation” from authorities.

The three were detained in Diyarbakir’s Baglar district, where Kurdish activists and protesters frequently clash with security officials.

Diyabakir is one of the main cities where Kurdish fighters have increasingly engaged in clashes with security forces.

About 60 soldiers, police and village guards have been killed since July in renewed fighting between fighters from the outlawed Kurdistan Workers’ Party (PKK) and government forces.

According to state-run media, about 90 rebels have also been killed in the clashes. 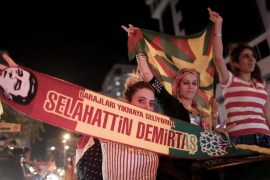 Once at the forefront of the war against Kurdish separatists, Diyarbakir residents say they want to put the past behind. 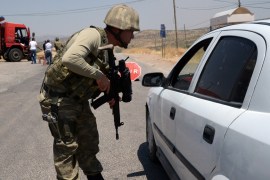