Russian activist Olga Savelieva is taking on President Vladimir Putin, and she wants the world to know she is not afraid.

“You can never make me afraid of anything, if I know that I am doing something right,” Savelieva told Al Jazeera.

People are actually dying because they don't have food to eat.

The Moscow native is the author of an online petition demanding that Putin reverse an order to destroy tonnes of smuggled food from Europe, and instead redistribute the seized edible products to millions of hungry Russians.

“We don’t  have enough food. So it is not right to destroy them. People are actually dying because they don’t have food to eat,” said Savelieva, leader of a movement roughly translated from Russian as “Don’t destroy food. I’m alive.”

As of Tuesday, the petition had gathered 384,000 signatures, still short of the 500,000 goal, but well beyond the 100,000 required to prompt government review. Savelieva plans to submit the petition to the president’s office next week.

“I would prefer it to be one million, but it is still quite good.”

The petition reads: “Sanctions have led to a major rise in food prices on Russian shelves. Russian pensioners, veterans, large families, disabled people and other needy social groups were forced to greatly restrict their diets, right up to starvation. If you can just eat these products, why destroy it?”

It was launched on July 29, when Putin signed a decree requiring the destruction of all food items – from French cheeses to Italian tomatoes and Dutch lettuce – seized by Russian authorities, for violating an embargo on Western food imports.

The embargo was imposed last year in retaliation for European sanctions, following Russia’s 2014 annexation of Crimea from Ukraine, which the United Nations has not recognised.

Putin’s order got little attention, until bulldozers and trucks showed up, steamrolling mounds of cheese in the Belgorod region near the border with Ukraine, and burying tonnes of pepper and other vegetables in disputed Crimea.

As of August 20, Russia’s food safety agency reported that 606 tonnes of fruits, vegetables and animal products have been destroyed.

Savelieva said that writing the petition was almost a “reflex” reaction to Putin’s order, which the Moscow Times has called a “barbarity”.

“When I saw this presidential order, honestly, I didn’t think about it for a minute, I just wrote the petition immediately,” she said.

The Russian Church, normally an ally of Putin, has also joined in opposing the order, and two parties in the Russian parliament, KPRF and Spravedlivaya Russia “confirmed” that they will support the petition, said Savelieva.

Russians know poverty and starvation all too well, Savelieva said.

According to recent reports, annual food price inflation in Russia is about 20 percent, while the poverty rate is over 11 percent, which translates to an estimated 16 to 17 million people.

Throughout its history, Russia had also gone through bouts of starvation including during the Nazi siege of Leningrad, and more recently the economic stagnation of the 1990s, making Putin’s order even more unusual for ordinary Russians, Savelieva said.

Growing up, Savelieva, who was born in 1961, would often visit her grandparents, who told her stories about growing up poor and hungry.

“Even young people know that you never throw out food. It’s in our culture,” she said.

Savelieva also makes a point that her grievance against Putin is not political.

“If I wanted to really fight him, I could have started a petition calling for his impeachment, but I was kind of nice to him,” she said with a sly smile.

Savelieva insisted that most of the food ordered destroyed by Putin is safe to eat.

She also pointed out that some organisations taking care of abandoned animals and running farms are even pleading to the government to give them the food instead.
Savelieva said she suspects that by issuing the order, Putin is more intent on showing “how strong” he is, and less concerned about his own impoverished countrymen.
“They are doing it just for publicity. They want to show that they are strong, and they want to punish other countries.”
Taking on the powerful
Asked if she is worried about repercussions for her advocacy, Savelieva said she is used to dealing with “hooligans”.
As a child in the Moscow suburb of Electrostal, Savelieva said she considered herself as a “quite clever girl” who learned how to deal with the toughies at school early on.

“As you might know hooligans normally don’t study well. I used to write their math tests, so they would respect me as they depended on me during exams.

“So I had never had any problems with them in school.”

Outside of the school, Savelieva was not “very brave”, she said, adding that she became more so as she aged.

Her first brush against authorities was when she took on then-Moscow Mayor Yury Luzhkov and his wife, the billionaire Yelena Baturina, who wanted to turn an artists’ haven in the capital into a commercial complex.

“I just want to point out what’s wrong. And then change it.” 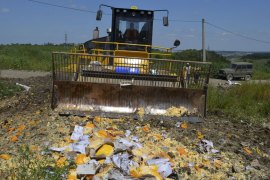 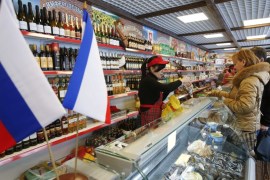