Hundreds of mainly African refugees have scuffled with riot police in Milan after they briefly blocked one of the Italian city’s major roads as they protested against their living conditions in a temporary holding centre.

About 300 men shouting “Documents, documents” and holding signs written on cardboard walked down the middle of Fulvio Testi road, one of the main arteries of the country’s financial capital.

The refugees said the Red Cross centre where they live is overcrowded, and that they have been forced to stay for months in inhumane conditions as they wait to receive temporary documentation that allows them to find work.

The refugees in the centre live in large tents in the Red Cross compound, with as many as eight people living together on mattreses in the tents.

Riot police wielding batons moved the refugees backed down the road and pushed them back into the holding centre.

Officers said the situation has now calmed down with a small police presence outside of centre.

Among those who disembarked were 69 minors and 20 pregnant women, officials said. 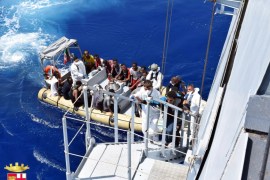 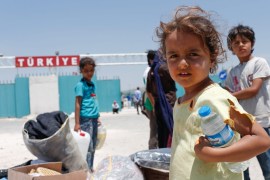 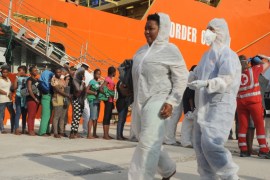