Pagan Amum, the secretary-general of South Sudan’s ruling party, and rebel chief Riek Machar, signed a draft agreement committing them to peace, but the government said it needed 15 more days to finalise a deal.

Kiir watched the signing, after briefly shaking hands with Machar.

Seyoum Mesfin, the chief mediator for the African regional trade group IGAD, said on Monday that Kiir’s side required two weeks before signing the peace deal that was accepted by the South Sudanese rebels.

“They [the government] have certain reservations” and have decided to go back home for consultations Mesfin said.

Numerous rounds of negotiations have failed to end hostilities that have killed more than 10,000 people and displaced more than two million, with both sides engaged in a war of attrition despite signing ceasefire deals.

South Sudan, which gained independence from Sudan in 2011, descended into chaos in December 2013 when a political row between Kiir and his deputy Machar spiralled into armed conflict that reopened ethnic faultlines.

Last month, IGAD gave both sides what it called a compromise pact on power-sharing and other contentious issues, proposing a three-year interim period as a solution to the conflict, while setting August 17 as the deadline to end the drawn-out talks. 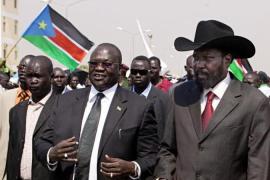 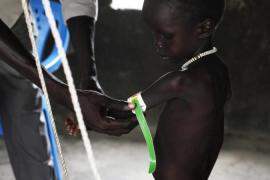 In South Sudan, a warring elite deaf to peace

After months of talks and countless calls to end fighting and prevent famine, leaders appear no closer to ending rift.