At least 67 people have been killed and 200 others injured in a massive truck bomb attack in Baghdad, police and sources have said.

The attack on Thursday morning took place in a crowded vegetable market in Sadr City, a Shia district in the northeast of the Iraqi capital.

“A refrigerator truck packed with explosives blew up inside Jamila market at around 6am [03:00 GMT],” police officer Muhsin al-Saedi said.

“Many people were killed and body parts were thrown on top of nearby buildings.”

The Islamic State of Iraq and the Levant (ISIL) released a statement online claiming the attack.

Al Jazeera’s Mohammed Jamjoom, reporting from Baghdad, described the attack as devastating and said the death toll was expected to rise.

“We are being told that a suicide bomber drove into the busy market and detonated himself,” he said.

“The attack happened in a predominantly Shia neighbourhood similar to an attack in Baquba city two days ago that also killed dozens of people.

“It is obviously an attack with a sectarian nature.”

“We hold the government responsible, fully responsible,” witness Ahmed Ali Ahmed told the Reuters news agency, calling on the authorities to dispatch the army and Shia fighters to man checkpoints in the capital.

Iraq is experiencing an upsurge in instability with the government struggling to contend with ISIL.

The US spent billions of dollars to train and equip the army for the fight. 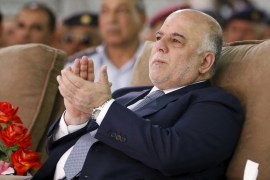 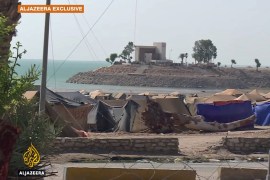 Halfway between Ramadi and Fallujah and cut off from any major city, former resort now full of refugees from Anbar.