Israel has moved a Palestinian prisoner, who has been on hunger strike for over 50 days, to a different hospital, according to officials, sparking concern that authorities are preparing to force-feed him.

Alleged Islamic Jihad member Mohammed Allaan, held without charge since November, was moved after doctors at his hospital in Beersheva objected to carrying out blood tests against his will, Physicians for Human Rights-Israel said.

The advocacy group put the number of days Allaan has been on hunger strike at 54, but different numbers have been provided. He has only been drinking water throughout that time.

Allaan demands the ending of his detention without trial which began in November 2014.

A spokesman for the Israeli prison service confirmed the transfer to Barzilai hospital in the city of Ashkelon for “medical reasons” but gave no further details, according to the AFP news agency.

Activists raised concerns that authorities were preparing to force-feed him, with a new law adopted last month loosening restrictions on such practices. He would be the first to be force-fed since the law was adopted.

The Palestinian Prisoner Club, which cares for nearly 6,000 Palestinians in Israeli jails, has put out a statement expressing fears Israel could soon begin to feed Allaan by force, which will endanger his life.

Hadas Ziv, ethics committee coordinator for Physicians for Human Rights-Israel, said it appeared the transfer was made because doctors objected to treating Allaan, who is in his early 30s.

Arab Israeli MP Basel Ghattas said he wrote to the director of the medical centre where Allaan was taken urging him not to “turn Barzilai hospital into Guantanamo”.

“Do not force your doctors to participate in torture,” Ghattas said on his Facebook page.

Another Arab Israeli MP Haneen Zoabi, who was among the protesters outside the Soroka hospital, where Allaan was moved, voiced concern over the possibility Allaan will be force-fed and condemned the recent legislation.

RELATED: Is force-feeding a form of torture?

“This is part of a political struggle, it’s not a private matter of Mohammed Allaan or Khadir Adnan,” Zoabi told the Reuters news agency.

“We are talking about administrative detention which is illegal and against human rights where they arrest people on political background without evidence, without indictment, without fair trial and against the torture law of force-feeding, which even the stance of Israeli doctors is clear about it that it’s an intrusive and argumentative law that risks the lives of security prisoners.”

Palestinians in Israeli prisons regularly go on hunger strike in protest against the conditions, particularly those who, like Allaan, are held in what Israel calls administrative detention.

On July 30, parliament approved a law allowing prisoners on hunger strike facing death to be force-fed, sparking criticism from rights groups and doctors. 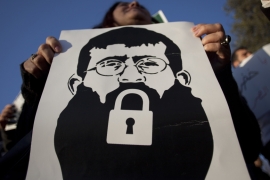 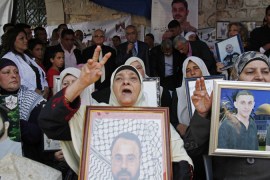 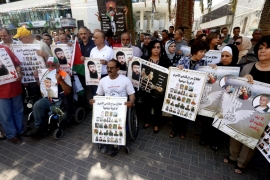