North Korea has announced that it is winding its clocks back by 30 minutes to create a new “Pyongyang Time” – breaking from a time standard imposed by what it called “wicked Japanese imperialists” more than a century ago.

The change will put the standard time in North Korea at GMT 8:30, 30 minutes behind South Korea which, like Japan, is at GMT 9:00.

North Korea said the time change, approved on Wednesday by its rubber-stamp parliament and announced on Friday, would come into effect from August 15, which this year marks the 70th anniversary of the Korean peninsula’s liberation from Japan’s 1910-45 colonial rule.

“The wicked Japanese imperialists committed such unpardonable crimes as depriving Korea of even its standard time while mercilessly trampling down its land,” the North’s official KCNA news agency said.

KCNA said the parliamentary decree reflected “the unshakable faith and will of the service personnel and people on the 70th anniversary of Korea’s liberation.”

Seoul’s Unification Ministry, which deals with cross-border affairs, said the time difference may cause “inconveniences” in the relationship between the two countries.

“Immediate effect would be that [the decision] would cause a bit of inconvenience when it comes to inter-Korean exchange such as entry/exit in and out of [the inter-Korean joined] Keasong Industrial Complex [on the northern side of the border]”, Jeong Joon-Hee, the ministry’s spokesperson, said.

“In the long-term it would cause inconvenience in inter-Korean integration, unifying standards, and restoring homogeneity between North Korea and South Korea.”

Park’s rationale was partly that the two major US allies in the region – South Korea and Japan – should operate on the same time to facilitate operational planning. 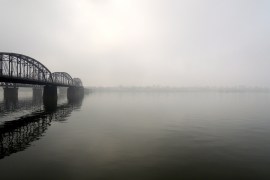 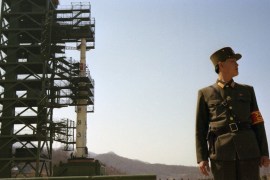 South Korean media say improvements at North’s missile base may be in preparation for new rocket launch in October.