Correction4 Aug 2015
A previous version of this article stated that Mullah Mansoor was part of an armed group, Hezb-i-Islami Afghanistan, led by Gulbuddin Hekmatyar. He was in fact a member of Harakat-i-Inqilab-i-Islami, a former paramilitary group formed by Maulana Mohammad Nabi Mohammadi.

As it was with his predecessor Mullah Mohamed Omar, little is known about the new leader of the Taliban, Mullah Akhtar Mansoor.

Those who have met him describe him as soft-spoken and reclusive. But Mullah Mansoor has been part of the Taliban’s core leadership since the early days when the group was formed under the tutelage of Mullah Omar.

His appointment has sparked much speculation over the future of the Taliban and the impact it would have on the upcoming peace talks.

The second of peace talks between the Taliban and the Afghan government has already been postponed and there is already talk of dissent within the Taliban itself.

Mullah Mansoor was born in a small village called Kariz in Maiwand district of Kandahar, around 1965, and belongs to the Ishaqzai tribe in Afghanistan.

Mullah Mansoor was smart and a composed person when I met him back in the days in Pakistan. He used to visit my father’s Islamic bookshops in the Jalozai refugee camp for Afghans in Khyber-Pukhtunkhwa, Pakistan

It is understood that he studied at a madrassa in a village called Jalozai, in Nowshera district of Pakistan’s Khyber-Pakhtunkhwa province.

Mullah Mansoor fought against the Soviet forces in Afghanistan for a short period of time and was a part of Harakat-i-Inqilab-i-Islami, a former paramilitary group formed by Maulana Mohammad Nabi Mohammadi to fight against Soviet troops.

Mullah Mansoor joined the Taliban in June 1995, a year after it was founded. He went on to hold important positions within the group.

Mullah Omar started the Taliban in 1994 and, by June 1995, Mullah Mansoor joined him, and soon assumed important positions within the group.

He was first given a security post, in charge of the Kandahar airport.

He was in charge of the ministry of civil aviation when the Taliban was in power in the 1996-2001 period.

He rose to the top echelons of the Taliban after Mullah Akhtar Osmani, a senior Taliban military leader and a close associate of Mullah Omar, was killed by coalition forces in 2006 and Mullah Dadullah Akhund, the Taliban’s top military commander, was killed in 2007 by British special forces.

Between 2007 and 2010 he was also able to stake a claim at higher positions when Mullah Abdul Ghani Baradar, the deputy of Mullah Omar, and Mullah Obaidullah Akhund, the Taliban government defence minister, were captured by the Pakistan Intelligence agency ISI.

Thomas Ruttig, co-director and senior analyst of the Afghanistan Analysts Network (ANN), had brief encounters with both Mullah Omar and Mullah Mansoor in 2000 and 2001, respectively.

He told Al Jazeera that Mullah Mansoor was officially the number two and a very close companion of his predecessor.

“In one of my official meetings with Mullah Mansoor in 2001, I figured that he seemed to be a confident person and [was] open to discussion,” Ruttig said.

Likewise Sami Yousafzai, an Afghan journalist, who met Mullah Akhtar Mansoor several times, told Al Jazeera that “he used to keep to himself [and was] not very talkative”.

“Mullah Mansoor was smart and a composed person when I met him back in the days in Pakistan,” Yousafzai said.

“He used to visit my father’s Islamic bookshops in the Jalozai refugee camp for Afghans in Khyber-Pukhtunkhwa, Pakistan.”

Late last month, Afghan intelligence said that Mullah Omar had been dead for the past two years. There is still little information known about the circumstances surrounding his death.

Within hours of the announcement, the Taliban reportedly held a meeting and elected Mullah Mansoor as their new leader. But his appointment to the top position seems to have exposed the fissures within the top leadership.

One senior leader of the Taliban Supreme Council told Al Jazeera they had not been consulted in the appointment of Mansoor.

Others, speaking on condition of anonymity, said some members of the Taliban suspect that Mullah Omar had been murdered.

“There are a lot of accusations [levelled at] Mullah Mansoor from some of the members of the Taliban group. Mullah Yaqoub, Mullah Omar’s son, was the candidate for the next leader. That didn’t happen, so [Mullah Mansoor] is being accused of various things like the murder of Mullah Omar,” one source said.

“The fact that he knew about Mullah Omar’s death and did not let anyone know about it. He is not trusted by most of the Taliban members.”

But Mullah Abdul Qayyum Zakir, a member of Leadership Council of Islamic Emirate of Afghanistan, the name the group refers to itself, released a statement last week, denying claims of disagreements and conflict on the decision.

Rahimullah Yusufzai, a Pakistani Journalist, best known for having interviewed Osama Bin Laden, says that if Mullah Mansoor could manage to run the group independently after Mullah Omar’s death, he could prove to be a strong leader.

“He [Mansoor] has managed to run the group for three years without Mullah Omar. The reason he kept Mullah Omar’s death a secret was to avoid disputes and divisions. This is exactly what happened after Mullah Omar’s death. There are a lot of misunderstandings and disagreements now between them,” Yusufzai said.

Mullah Mansoor is regarded as a strong proponent of peace talks, but his statements in his first ever-audio message released on Friday cast doubts on future peace talks and negotiations.

He vowed to fight until the Islamic law was implemented and also urged his Taliban companions to stay united and to not concentrate on peace talks.

“We should not concentrate on peace talks or anything related to that. We should focus on implementing the Islamic system,” he said.

Ruttig said Mullah Mansoor’s audio message seemed geared to win over those “who are sceptical about negotiations, but he also doesn’t want to drop the idea of peace talks altogether”.

But Michael O’Hanlon, a senior fellow at Brookings in Washington, who specialises in US military policy, said Mullah Mansoor’s message was difficult to read.

“I have never seen a major basis for optimism about peace talks in the past. The differences are too fundamental, and the Taliban still thinks it might prevail militarily,” Michael O’Hanlon told Al Jazeera.

“For me, I will simply say that anytime a major insurgent organisation has a change in leadership, it is hard to forecast what will happen, but usually the longstanding organisations can survive changes. I doubt the death of Omar will fundamentally weaken the movement. Hope I am wrong.”

For most of the Taliban commanders, Mullah Omar remains the ultimate standard; they believe that Mullah Mansoor will never live up to his predecessor, even if the Taliban founder was hardly involved in the day-to-day running of the group.

“There is no comparison to Mullah Omar. We can only hope that Mullah Mansoor reaches up to his standards,” said Mullah Abdul Salam, a 37-year-old Afghan Taliban commander from the Helmand province of Afghanistan.

“However, nothing can break us apart even with these differences. I embrace him [Mansoor] as our leader because our elders elected him.”

With the appointment of Sirajuddin Haqqani as one of his deputies, Mullah Mansoor has managed to win support from  Jalaluddin Haqqani, the leader of the Haqqani network.

The Haqanni network is considered one of the most powerful anti-government groups in Afghanistan, and it has been described as a terrorist group by the US.

“We are sure that the new leader Mullah Akhtar Mohammad Mansoor is appointed with complete legitimacy and after due consultation and he is the most suitable successor of His Excellency the late Mullah Mohammad Umar Mujahid [may his soul rest in peace],” Haqqani said in the message, which was released in multiple languages, including English, on the group’s website.

“We fully recommend to all the senior and junior in-charge ranks of the Islamic Emirate to pledge their allegiance with him and to fully obey him.”

In the past few months, reports have emerged of fighters in eastern Afghanistan pledging their support to the Islamic State of Iraq and the Levant (ISIL).

ISIL said in January it had expanded to Afghanistan and parts of neighboring countries amid reports of the Afghan Taliban insurgents began pledging allegiance to the ISIL in 2014.

However, according to Inayatullah Kakar, an Afghan analyst, the “true” followers of Mullah Omar will not join ISIL because of the significant ideological and cultural differences that exists between the movements.

“There are sympathisers of ISIL in the Afghan Taliban, but the number is apparently very few. Most of them are the ones who’ve been mistreated before. After the new appointments of the leader, we can’t tell if the number will increase, but we all know that the Afghan Taliban are struggling to maintain unity,” said Kakar.

It is still unclear whether Taliban faction will be formed independent of Mullah Mansoor in coming few days, but chances of internal disputes seems to be increasing.

“The dispute is not over yet. Rifts still might increase,” said Ruttig. 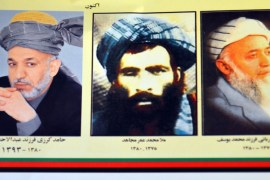