India has ordered internet service providers (ISP) to block access to more than 850 adult websites in what the government has described as a way to protect social decency, media reports say.

NN Kaul, a spokesperson for India’s telecoms department, said on Monday that the government was trying to control easy access to pornography following a directive from the country’s Supreme Court.

Kaul said that while ISPs in India will have to bar access, users may still view the sites through virtual private networks and proxy servers.

He said the move would protect children.

The leaked government order, dated last Friday, asks ISPs to block access to the 857 sites on grounds of morality and decency.

While the government initially denied any such decision, the Times of India newspaper, quoting government sources, reported that the denial of access was a temporary one, and more of a prelude to the creation of a regular regulatory oversight.

By Monday noon, however, the list of blocked sites was released. Kaul said more websites may be added to the list.

According to the Indian Express newspaper, those accessing the web through ISPs such as MTNL, BSNL, Hathway and Spectranet have complained of blank pages.

However, those using Vodafone, Airtel and cable broadband claimed to have faced no such issues.

In the past India has also tried to control social media sites such as Facebook and Twitter and ask them to take down offensive material.

It had briefly blocked several Twitter accounts in 2012 citing security and law and order fears.

The Supreme Court said in July that ordering a ban on adult websites was not its job but was an issue for the government.

That followed an order from the court last year that suggested the government needed to monitor access to pornography.

Many Indians are accusing the government of moral policing and infringing on personal freedoms. 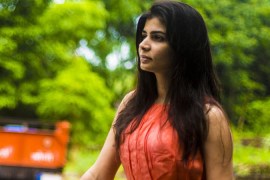 Though a vocal minority, many are being compelled to deactivate their Twitter accounts in the face of online abuse. 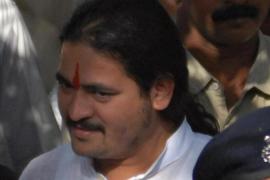 Section 66A of cyber law is said to be crux of problem as it has been (mis)used to trigger off communal violence.