It has been 100 days since an earthquake devastated Nepal and its people.

Shortly afterwards, an Al Jazeera team led by correspondent Andrew Simmons met Reshma, an 11-year-old girl who was missing her mother and infant brother when a building collapsed on them.

Reshma had kept a roadside vigil lasting for more than three days as rescue teams searched for her mother and brother in the rubble.

Their search ended sadly, and Reshma was there looking on as a Chinese rescue team located their bodies.

The young girl – now homeless, motherless and without a school – was then forced to abandon her childhood, making sure her grandmother was taking her medication and feeding the livestock next door.

Her inconsolable father, Resham, found it difficult to cope and at times took to drinking alcohol.

Since then Reshma and her family have been attempting to rebuild their lives in the ruins of their home like hundreds of thousands of people.

Reshma has now received help to go to school in another village after an Al Jazeera viewer saw her story and offered to sponsor her education.

Al Jazeera’s Faiz Jamil travelled to the Sindhupalchowk district, Nepal, to see how Reshma and her family are now coping. 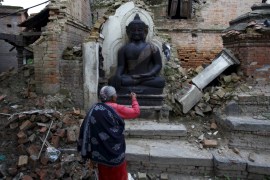 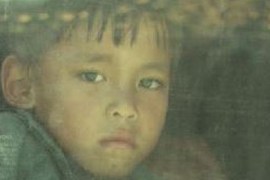 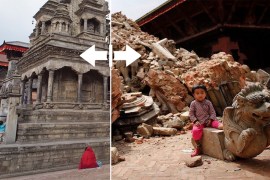