Israel’s parliament has passed into law the ability to force-feed prisoners on hunger strike, a move that had met vehement opposition from the country’s medical association.

Prime Minister Benjamin Netanyahu’s rightist coalition weathered a lengthy parliamentary debate on Thursday, with 46 politicians in favour and 40 opposed in the 120-seat Knesset.

Israel says it is concerned that hunger strikes by Palestinians in its jails could end in death and trigger waves of protests in the occupied West Bank and East Jerusalem.

Al Jazeera’s Stefanie Dekker, reporting from West Jerusalem, said that with the new law, jailers will be allowed to use a certain amount of force if a prisoner refuses to be fed. The legislation covers security prisoners –  inmates that Israel suspects or has convicted of what it calls terrorism-related charges.

“The opposition to this came very strongly from Israel’s Medical Association,” she said. “We spoke to one doctor who said force-feeding amounts to rape, there is not difference. They are urging all doctors not to undertake this, saying it goes against all medical ethics and their beliefs.”

RELATED: Q&A: ‘It is possible to break the Israeli occupation’

“It’s against Geneva Conventions and international humanitarian law, it legalises torture of prisoners who are demanding their rights in a non-violent way,” he said.

Qaraqe asked for a meeting of state parties to the Geneva Conventions to take a stand against the law and demand Israel not apply it. 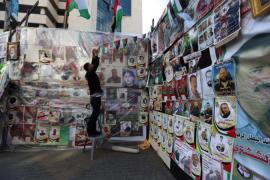 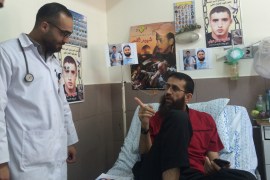 Q&A: ‘It is possible to break the Israeli occupation’

Palestinian Khader Adnan speaks with Al Jazeera about his recent release from Israeli jail after a 56-day hunger strike.