An independent review has found that leaders of the American Psychological Association (APA) covered up the extent of their involvement in post-September 11, 2001 “coercive interrogation programmes”, according to a report released on Friday.

High-level professionals from the APA – the largest association of psychologists in the US – secretly colluded with Pentagon and CIA officials to ensure the group’s ethical guidelines did not hinder members from taking part in interrogation programmes known to have included torture, the report found.

The seven-month probe, spearheaded by former federal prosecutor David Hoffman, has already led to the firing of at least one official – Stephen Behnke, APA’s ethics director – and is sending shock-waves nationwide.

The findings, first reported on Friday by the New York Times, appear to be a result of the most detailed investigation to date of behavioural scientists’ involvement in Bush era programmes that at times used torture as a form of extracting information.

The 542-page report “contains deeply disturbing findings that reveal previously unknown and troubling instances of collusion … between a small group of APA representatives and government officials”.

The investigation showed that APA officials collaborated with defence department officials “to defeat efforts by the APA’s legislative body to introduce and pass resolutions that would have definitively prohibited psychologists from participating in interrogations at Guantanamo Bay and other US detention centres abroad”.

Hoffman also found that the collusion of the association’s ethics chief and others was made with the intent to “curry favour” with the defence department, and that may have enabled the government’s use of abusive interrogation techniques related to the Bush Administration’s “war on terror”.

Two former presidents of the APA were on a CIA advisory committee, the report also showed. One – Joseph Matarazzo – told the CIA that it was his opinion that “sleep deprivation is not torture on its own”.

The findings showed that “current and former APA officials had very substantial interactions with the CIA in the 2001 to 2004 time period” when the agency was using “techniques like waterboarding, harsh physical actions such as ‘walling’, forced stress positions”, and the intentional deprivation of necessities, such as sleep and a temperature-controlled environment.

The APA, which includes more than 125,000 members, expressed outrage at the report’s findings, saying it would make substantial internal changes that include revisions to its ethics policies and possibly a sweeping ban on psychologists from taking part in interrogations made by intelligence and military authorities in the US or abroad.

“The Hoffman report contains deeply disturbing findings that reveal previously unknown and troubling instances of collusion,” said Susan McDaniel, a member of a special committee set up by the APA to review the report.

The association review committee’s chair acknowledged that the APA’s internal checks and balances failed to detect the “collusion”, and that despite the ‘intent’ not to contribute to human rights violations, the result may have been just that.

“The actions, policies and the lack of independence from government influence described in the Hoffman report represented a failure to live up to our core values,” Dr Nadine Kaslow said. “We profoundly regret, and apologise for, the behaviour and the consequences that ensued. Our members, our profession and our organization expected, and deserved, better.” 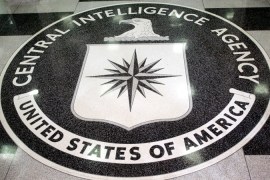 CIA torture: Who knew what?

Rights groups are calling for those responsible for “enhanced interrogation” of suspects to be held accountable. 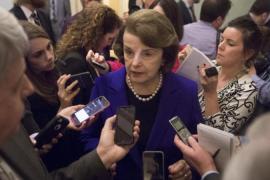 Torture is a crime, time to end the impunity

US human rights violations and crimes went beyond torture.

Nobody who matters actually says it works.