Greek voters have overwhelmingly rejected international creditors’ tough bailout terms, leading to fears that the cash-strapped nation was on its way out of the eurozone.

Voters had been asked on Sunday whether to accept or reject the country’s multibillion euro bailout deal with the European Union that called for more austerity in exchange for rescue loans.

Thousands of pro-government supporters cheered and hugged each other in central Athens in celebration, although some other Greeks expressed pessimism that Greece’s Prime Minister Alexis Tsipras would be able to deliver on his promises.

“This is not a mandate of rupture with Europe, but a mandate that bolsters our negotiating strength to achieve a viable deal,” AFP news agency quoted him as saying.

The country’s Finance Minister Yanis Varoufakis said the “No” vote was a resounding “yes to a democratic Europe” adding that the government would call on partners to find common ground with Greece.

Meanwhile, Varoufakis is conferring with the country’s bankers over what to demand next from the European Central Bank, a ministry spokesman confirmed to the AP news agency.

Greece’s ruling Syriza government had closed the country’s banks and imposed capital controls until July 6 to stem the flood of withdrawals after the bailout deal failed.

Soon after the results came out, Greece’s conservative opposition leader, Antonis Samaras, who had campaigned for a “YES” vote, resigned.

However, Phillips said that many European leaders had previously indicated that they “cannot trust, and cannot do business” with the Tsipras government.

As eurozone leaders scrambled to work out their response, German Chancellor Angela Merkel and French President Francois Hollande called a European summit for Tuesday and declared that the Greeks’ decision must “be respected”.

“I have called a EuroSummit Tuesday evening at 18h [16:00 GMT] to discuss situation after referendum in Greece,” Tusk said on Twitter after the referendum.

European leaders reacted with a mix of dismay and caution to the resounding election results, which also sent the battered single currency plummeting. The European Commission in a short statement said it “respects” the result of the Greece bailout referendum.

Commission president Jean-Claude Juncker will hold a teleconference on Monday morning with European Central Bank chief Mario Draghi and Jeroen Dijsselbloem, the head of the Eurogroup of eurozone finance ministers, the statement added.

Juncker will also be “consulting tonight and tomorrow with the democratically elected leaders of the other 18 eurozone members as well as with the heads of the EU institutions,” it added.

European Commission president Juncker – who had said a Greek “No” would be “no to Europe” – was to speak to the European Central Bank (ECB) and eurozone finance ministers on Sunday and Monday.

The head of the Eurogroup of eurozone finance ministers, Dijsselbloem, called the Greek “No” result “very regrettable for the future of Greece”. 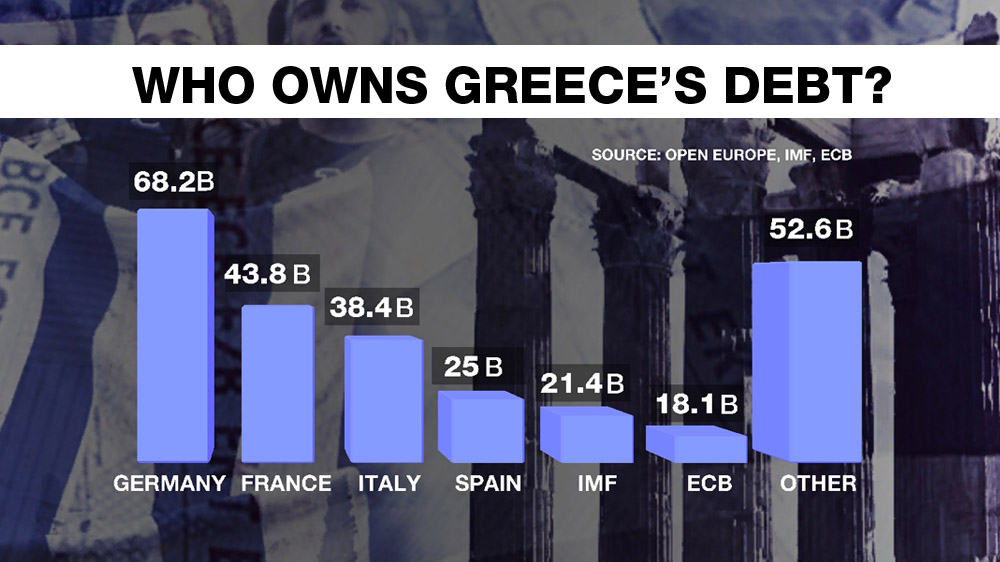 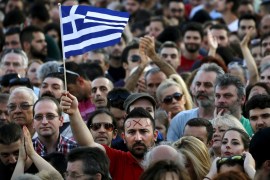 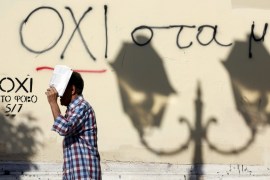