The Bharatiya Janata Party (BJP) government in the Indian state of Maharashtra has de-recognised madrasas which only educate students on Islam without offering other subjects such as maths and science, local media reported.

Eknath Khadse, the state’s minorities affairs minister, said on Thursday that madrasas focusing only on studying Islam will now be regarded as “non-schools”.

“Madrasas are giving students education on religion and not giving them formal education. Our Constitution says every child has the right to take formal education, which madrasas do not provide,” the minister said.

“If a Hindu or Christian child wants to study in a madrasa, they will not be allowed to study there. Thus, madrasa is not a school but a source of religious education. Thus we have asked them to teach students other subjects as well. Otherwise these madrasas will be considered as non-schools,” Khadse said.

The move has drawn outrage from Muslims and opposition parties in the state.

“It is ill-designed and ill-timed, I don’t know why they are doing it,” Kamal Farooqui of the All India Muslim Personal Law Board, said.

Farooqui said that madrasas were part of formal education structures and that students were able to gain admission into universities.

Abhay Mishra, a PhD candidate in history at the Jawaharlal Nehru University in New Delhi, said the BJP was justifying the move on the pretext that Muslims were not getting jobs because they were not accessing modern education.

“This is misplaced. There are millions of Indian students who go to modern schools but remain jobless … it is a continuation of an attempt to demonise Indian Muslims and their educational and religious institutions,” Mishra said.

“The constitution the BJP pretends to swear by gives right to minorities to run their own institutions. It is a fundamental right.”

Spokesperson for the Congress party, Sanjay Nirupam, said that no child should be discriminated along religious lines and the party would be raising the issue in the State Assembly.

But the minister said the move was to improve access to education.

“Our only aim behind doing this is to ensure that every child of the minority community gets a chance to learn and come into the mainstream, get good paying jobs and have a prosperous future,” Khadse said.

But commentators like Mishra say that if government was concerned with improving education levels among Muslims they would have built more schools and facilities in Muslim areas.

“Madrasas are doing constructive work. They are providing education to millions of illiterate, poor muslims which the government has failed to do. If the government was serious about this issue, why didn’t it open modern schools in Muslim areas,” Mishra said.

BJP’s move comes weeks after the Maharahstra government announced that madrasas had to teach English, maths, science and social science to be eligible for grants from the state.

Out of a total 1,890 registered madrasas in the state, 550 have agreed to teach four subjects to students, Khadse said.

“We are even ready to pay madrasas for giving students formal education and are ready to provide them teaching staff as well,” he added. 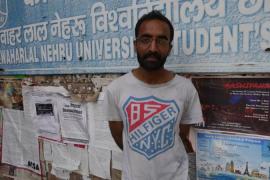 Youth leaders from main political parties share their views on elevation of Narendra Modi as next prime minister. 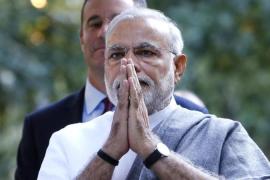 PM Modi gets first big electoral boost after coming to power in May with major wins in Maharashtra and Haryana state.