The US administration is set to announce that it has reached an agreement with Cuba to reopen embassies and restore diplomatic relations severed more than five decades ago, US officials said.

President Barack Obama, in Washington, and Secretary of State John Kerry, in Vienna for Iran nuclear talks, will both address the issue on Wednesday, a senior administration official said.

A similar announcement is likely to be made by Cuba’s government.

The formal unveiling of a deal would fulfil a pledge the former Cold War rivals made little more than six months ago when Obama and Cuban President Raul Castro announced a historic diplomatic opening.

Both countries can now upgrade their so-called interests sections in Havana and Washington into full-blown embassies, with ambassadors to be appointed later. The state department must give Congress a 15-day notice before opening an embassy.

“We will formally announce tomorrow that the United States and Cuba have reached an agreement to re-establish formal diplomatic relations and open embassies in each other’s capitals,” the senior US official told reporters.

Restoration of relations would be the latest phase in a normalisation process, which is expected to move slowly because of lingering problems over issues such as Cuba’s human rights record.

The United States and Cuba began secret negotiations on restoring ties in mid-2013, leading to the historic announcement on December 17, 2014, when Obama and Castro said separately and simultaneously that they had swapped prisoners and would seek to normalise relations.

In May, the United States paved the way of rapprochement by taking Cuba off the list of state sponsors of terrorism.

Havana had vehemently protested its 1982 inclusion on the blacklist, which hampered its access to global markets.

But the island is still subject to a US trade embargo put in place in 1962, which Obama has called on Congress to lift.

There is fierce opposition to lifting the embargo from Republican lawmakers. 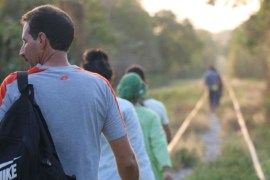 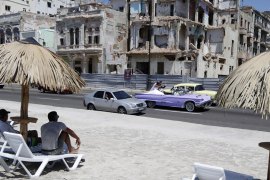 End of stigma of Cuba ‘terror list’ may spur US dollars

Decision to remove Cuba from US state sponsors of terrorism list may help remove psychological block for US investment.