The number of people displaced within Iraq due to violence and fighting by the Islamic State of Iraq and the Levant (ISIL) group has exceeded three million, the United Nations has said.

The International Organisation for Migration, or IOM, said on Tuesday that at least 3.09 million people had been displaced between January 2014 and June 4 within 18 Iraqi provinces.

More than 2.6 million of the total are from Anbar, Nineveh and Salaheddin – three provinces located west and north of Baghdad that have been the hardest hit by fighting between ISIL and pro-government forces.

Fighting in Anbar has intensified in the past months as Iraqi forces, backed by US-led coalition airstrikes fight to claw back territory held by the ISIL.

The IOM report said that more than 276,000 people have been displaced over a two-month period between April and June alone amid fighting in Anbar’s provincial capital, Ramadi, which eventually saw the city slip out of Iraqi government’s control.

At least 45 percent of Anbar’s displaced have fled to Baghdad, while about 35 percent are elsewhere within the sprawling desert province.

Iraq has been ravaged by violence since the ISIL group first entered Anbar in late 2013 amid fierce clashes with Iraqi security forces that sent civilians fleeing from their homes.

The Sunni armed group then waged a lightening advance across northern Iraq last June, often giving non-Sunni Muslims in territories they captured an ultimatum to convert to Islam, pay a religious tax or die.

Hundreds of thousands of religious minorities opted to run for their lives, including Christians, Yazidis and Shia Muslims. IOM said that over 2 million displaced are housed in private homes, while more than 638,000 people have been accommodated in shelters.

Last week, more than 1,500 residents returned to their homes in Tikrit, 130kkm north of Baghdad, after Iraqi security forces and allied militias recaptured the city from the armed group. But that number pales in comparison to Tikrit’s population of 150,000 before the ISIL seizure of the city.

Iraqi government officials have warned that even after military operations against ISIL are concluded, many of the towns and villages require extensive work to rebuild infrastructure and homes, as well as to ensure that water and electricity are working. 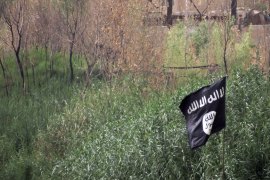 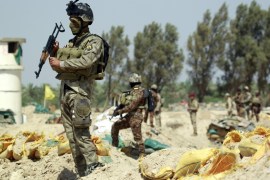