The remaining Tunisian consulate staff who were taken hostage by armed men in Libya’s capital Tripoli last week have been released, according to Tunisian state media.

The Tunisian News Agency reported on Friday that seven staff members were released late on Thursday night. Three others had been released earlier.

Prior to flying home to Tunis on Friday, the freed employees reportedly called their families upon their release to assure them they were “doing well”.

The release of the prisoners came just hours after the Tunis Court of Appeal decided to extradite a Libyan man, Walid Kalib, back to Libya.

Kalib is a member of the pro-Tripoli Libya Dawn coalition, which includes conservative Misratan businessmen, the Muslim Brotherhood, Berbers and other armed groups such as Ansar al-Sharia.

Al-Tayeb al-Bakoush, Tunisian foreign minister, told Al Jazeera that armed men handed the 10 staff to authorities at the Ras Ajdir crossing on the Libyan border, and that Tunisian authorities handed back Kalib.

He also said that Tunisia would close its consulate in Tripoli.

Armed men kidnapped the 10 staff members at the Tunisian consulate in Tripoli on June 12.

At the time, Tunisia’s foreign ministry called the attack attack “a vile aggression” against its sovereignty and a “flagrant violation of international laws and diplomatic norms”. 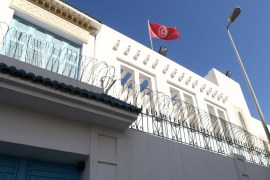 Group kidnaps 10 Tunisian consulate employee in Tripoli, which is controlled by government not recognised by UN. Dozens of Tunisians held in Libya for weeks have now been released, officials from both countries say. 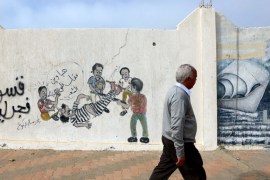