Libya’s recognised government says that the leader of an al-Qaeda-linked group in Algeria, Mokhtar Belmokhtar, has been killed in a coordinated attack with the US.

Earlier on Sunday, the US Department of Defence said the US military conducted a counterterrorism strike against an al-Qaeda-associated target in Libya on Saturday night, but were assessing results before providing more details.

“The Libyan government in the east of Libya confirms that the US fighter jets conducted air strikes last night in a mission which resulted in the death of the terrorist Belmokhtar,” the internationally recognised government based in Tobruk said.

Al Jazeera’s Daniel Lak, reporting from Washington, said: “They are not saying a great deal in terms of details here in Washington. On the record the defence department has said that an air strike was carried out on an al-Qaeda-affiliated group described interestingly as a mid-level target.”

“More details have come from the Libyan government. The strike apparently took place in the east of the country near Tobruk, and according to Libyan news websites it was aimed at Ansar al-Sharia group where several commanders of the group were meeting.

“What we await is word here in Washington that indeed is the case.”

Belmokhtar was a leader of al-Qaeda in the Islamic Maghreb, but later split from the group in 2012 to form his own militia, called Those Who Sign With Blood, that later became al-Mourabitoun.

He has been involved in cigarette smuggling and one of his nom de guerre is “Mr Marlboro”. He has also been associated with various groups involved in attacks on governments in the region including, Mali.

“Belmokhtar has a long resume of involvement in violence in the region. He came out of the Algerian civil war and struggled in 1990s and early 2000,” Al Jazeera’s Lak said.

“He has been involved in abduction of tourists and UN officials. He looms large over the Maghreb region and the Sahara desert,” he said.

The death of Belmokhtar has been declared at least on four occasions in recent years. In 2013, Chad’s military claimed to have killed Belmokhtar, who was behind a bloody mass hostage-taking at an Algerian gas plant the same year.

“If this is confirmed it will be a very significant development,” the Al Jazeera correspondent said.

The Americans have charged him with terrorism and related offences in connection with the attack in 2013 on the Algerian gas refinery. At least 35 hostages, including three Americans were killed.

The US had offered a $5m reward for information on his whereabouts.

It’s the first publicised operation by the US forces in Libya since 2011, when long-time Libyan leader Muammar Gaddafi was unseated from power in a NATO-backed revolt.

Libya has rival governments and parliaments, and powerful militias are battling for influence and a share of its oil wealth. 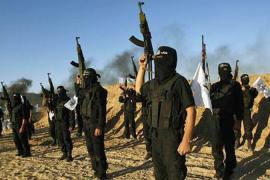 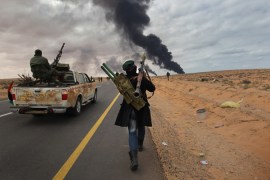 We follow a group of Libyan exiles as they take on Gaddafi’s forces and make their way to a newly-liberated Tripoli.