Saturday’s attack was the second in Karrada – known for its restaurants, cafes and ice cream parlours – in a week, after the Islamic State of Iraq and the Levant (ISIL) group claimed two similar bombings last Saturday night.

“A car parked near Kahramana square exploded. It was targeting Shia pilgrims,” a police colonel told the AFP news agency.

An Iraqi interior ministry official said at least seven people were killed and 20 wounded in the blast, which sent a plume of dark smoke billowing into the sky above the central Baghdad neighbourhood.

The number of car bombs across Baghdad has risen in the past few weeks.

A wave of car bombings on April 30 killed 11 people and wounded more than 40. Another nine people died in two car bombings in Baghdad on April 27. 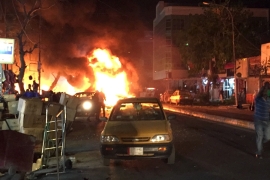 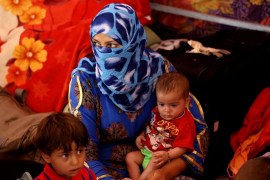 People displaced by fighting in Anbar say they are not allowed to enter the capital without sponsorship. 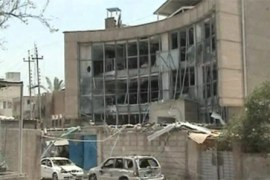 Scores killed in second attack on banks in a week.