Nigeria has freed another 234 women and children from the Sambisa forest, considered a bastion of armed group Boko Haram, the military has said.

The defence headquarters said in a statement on social media website Twitter on Friday that the hostages were rescued on Thursday in the Kawuri and Konduga end of the forest located in the country’s northeast neighbouring Chad.

FLASH: Another set of 234 women and children were rescued through the Kawuri and Konduga end of the #Sambisa Forest on Thursday #COINUpdate

The army released the first photos of what it said were some of the hundreds of women and children that troops freed earlier this week in the Sambisa Forest amid heavy combat with Boko Haram.

President Goodluck Jonathan, whose term ends this month, said Thursday that the Sambisa Forest is the last refuge for the Islamic group and he pledged to “hand over a Nigeria completely free of terrorist strongholds”.

The military said it is screening the girls and women to find out what villages they came from.

Some women the soldiers tried to rescue shot at their rescuers, a military spokesman has said, indicating that some might now identify with Boko Haram after months of captivity and forced marriages.

It also remains unclear if some of the women had willingly joined Boko Haram, or are family members of fighters.

The photos, which the military said were taken on Wednesday and Thursday, show 20 or so women, children and babies looking generally healthy physically, though one child was thin.

There has been no announcement yet on whether any of those rescued were the students who were kidnapped from the Chibok school a year ago, a mass kidnapping that outraged much of the world.

The Nigerian military first reported rescuing almost 300 women and children in the Sambisa Forest on Tuesday after deploying ground troops into the forest more than a week ago.

The army spokesman, Colonel Sani Usman, told The Associated Press news agency on Thursday that more than 100 additional girls and over 50 more women have also been rescued.

He said in a statement that several lives were lost, including that of a soldier and a woman, during shootouts in nine separate camps in the forest.

The military initially appeared incapable of curbing Boko Haram as the fighters took control of a large swath of northeast Nigeria last year and declared it an Islamic caliphate.

That changed when the military received helicopter and heavy arms and some neighbouring nations launched an offensive against Boko Haram at the end of January.

Click on the image below to see the interactive timeline. 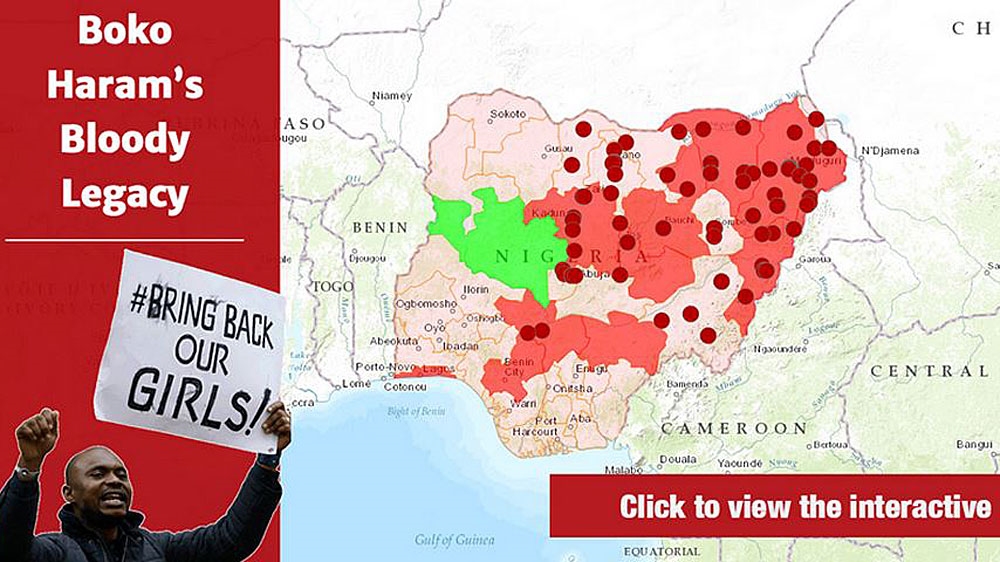 Military says at least 160 children and women rescued from the Sambisa Forest, days after 293 others were freed. 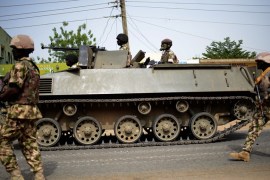 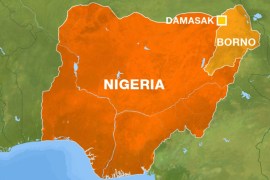 Bodies of people thought killed by Boko Haram found in homes, streets and river were buried in 20 graves, residents say. 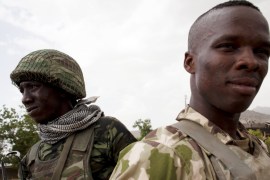