Clashes have broken out in Jerusalem as more than 1,000 Ethiopian Israelis staged a protest, demanding an investigation into alleged police racism and violence.

At least 13 people were injured and two police officers and five protesters were taken to hospital, the Magen David Adom ambulance service said after protests on Thursday.

Police said the crowd hurled stones and bottles, with police using anti-riot measures to keep them at bay, including tear gas and stun grenades.

soldier and those responsible will be held accountable. However, no one is allowed to take the law into their own hands.”]

The protests reportedly started outside the city’s police headquarters with demonstrators blocking off one of the city’s main traffic arteries and the light rail service.

They then marched towards the residence of Prime Minister Benjamin Netanyahu, where they also blocked the road before being stopped by a large number of police equipped with water cannon.

“Enough of racism!” they chanted, some of them waving Israeli flags, others holding up the Ethiopian flag. “In Europe they kill Jews because they’re Jews, here they kill Jews for being black,” read one placard.

Jerusalem police chief Chico Edri said the police were aware of the “stormy emotions” gripping the Ethiopian community but called for everyone to act “with restraint”.

The protest was sparked by a series of incidents involving alleged racism and police brutality against members of the Ethiopian Jewish community.

Earlier this week, footage emerged of two police officers violently beating an Ethiopian soldier in uniform, sparking a wave of anger within the community.

Netanyahu called for calm and pledged to take action against those shown in the footage.

“I strongly condemn the beating of the Ethiopian IDF [army] soldier and those responsible will be held accountable. However, no one is allowed to take the law into their own hands,” he said in a statement.

Speaking to Channel 10 television, Internal Security Minister Yitzhak Aharonovitch said those shown in the video had “brought shame on the ranks of the police”.

Earlier this week, Israel’s national police chief Yohanan Danino pledged a crackdown following the emergence of the footage, saying that police “would not tolerate such unacceptable behaviour”.

He also pledged to set up a team to investigate the community’s grievances. 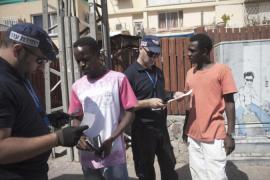 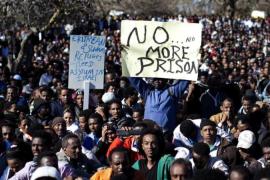 The plight of African migrants in Israel

Are policies towards asylum seekers a legitimate stand against undocumented immigrants or a violation of human rights? 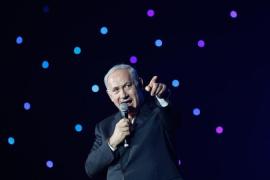 The Birthright project: relocation and procreation

A “birthright” programme that sends youth to Israel promulgates a sense of “fabricated entitlement”.