Gun battles have broken out and vehicles set ablaze in one of Mexico’s biggest cities after security forces arrested a leader of one of the main drug gangs in the area.

Activity in parts of Reynosa, a city in northeastern Tamaulipas state, ground to a halt on Friday afternoon after vehicles were torched and shooting began, authorities said.

Three suspected assailants were killed and two state police officers were injured, the Tamaulipas state government said in a statement.

The Reynosa police spokesman said two bystanders were apparently killed, but this was not confirmed.

Earlier in the day, federal police and marines captured El Gafe, a leader of the Gulf Cartel, according to a spokesperson for police in Reynosa, a city of more than 600,000 people near the US border.

The official had earlier named the cartel boss as Jose Tiburcio Hernandez Fuentes. Later, he clarified that Hernandez was a different suspected gang member also captured.

El Gafe was taken to Mexico City, the official said.

Reynosa has been one of the most violent cities in Mexico over the past year, wracked by turf wars among the Gulf Cartel and the Zetas, two drug gangs fighting for control of border smuggling routes and crime rackets.

“The city is completely out of control,” said Francisco Garcia Cabeza de Vaca, an opposition senator and former mayor of Reynosa.

The US consulate in Matamoros issued a message urging US citizens to take precautions because of “several firefights and roadblocks throughout the city of Reynosa”, Associated Press news agency reported.

The city government posted a warning on its Twitter site urging motorists to avoid several areas, including the highway leading to the nearby city of Matamoros.

More than 100,000 people have died in gang-related violence in Mexico over the past eight years.

President Enrique Pena Nieto pledged to restore order when he took office in 2012, but although the homicide count has fallen, parts of the country remain mired in violence. 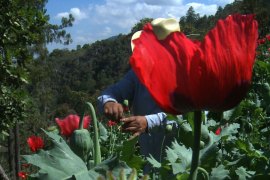 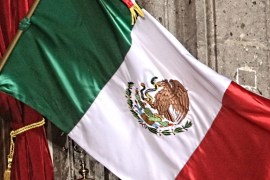 A slap in the face reveals a lot about Mexico

A governor slaps his aide, telling a great deal about race, class, and politics in the country.