A series of car bomb attacks in the Iraqi capital Baghdad have killed at least 20 people and wounded scores more, security sources say.

At least five separate explosions on Tuesday hit targets across the city including Yarmouk hospital in western Baghdad, where four people died.

Other bombs were detonated near shops in Waziriyah in the north of the city, a car park in Mashtal in the east, and a storage depot for buses and taxis in southern Baghdad.

The AFP news agency also reported an explosion in a residential area of Mahmudiyah, south of Baghdad.

On Monday, seven people were killed and 31 wounded in a car bombing in Baghdad’s western neighbourhood of Bayaa.

The White House said no formal request for more military aid had been made by Abbadi, but the US did offer $200m in help for those displaced by the Islamic State of Iraq and the Levant (ISIL) group.

There has been a decline in bomb attacks in the capital since 2014, when ISIL seized large swaths of territory in the country’s mainly Sunni western, northern, and eastern provinces.

The ISIL advance has since stagnated and the group has lost territory under aerial bombardment by a US-led coalition, and a ground offensive by the Iraqi army and allied Shia factions.

Pentagon officials said on Tuesday that the group had lost up to 30 percent of populated areas it once held in Iraq. 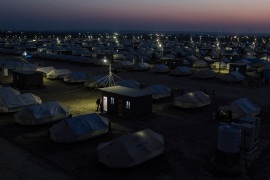 Displaced Iraqis wait and hope for fighting to end

Most of the 8,500 residents of the Laylan camp south of Kirkuk fled after ISIL tore through their country. 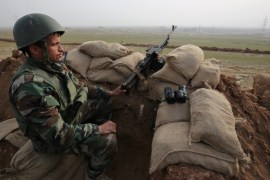 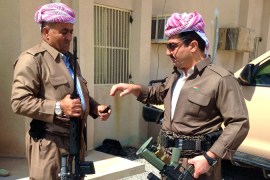 ISIL fighters have drawn battle lines all over the country, destroying villages and shattering lives. 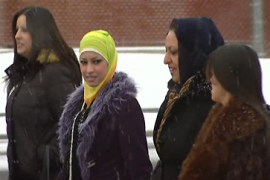 Video: Iraqis face hardships in US

Many Iraqi refugees struggle to make ends meet and adapt to a new culture in the US.