Bangladesh has hanged a political leader sentenced to death for crimes against humanity during the country’s 1971 independence war against Pakistan.

Mohammad Qamaruzzaman, an assistant secretary-general of the opposition Jamaat-e-Islami, refused to seek presidential clemency, as he became the second person to be put to death since tribunals were set up more than four years ago to try suspected war criminals.

Earlier on Saturday, authorities in Bangladesh heightened security in the capital Dhaka and elsewhere in advance of the planned execution.

Supporters of Jamaat-e-Islami organised demonstrations and vandalised cars in Dhaka following the execution.

Qamaruzzaman’s family members visited him for the last time in Dhaka’s Central Jail, with security tight outside the facility, his lawyer Shishir Manir said.

By Saturday evening, the officials entrusted with the task of executing Qamaruzzaman had entered the jail, a senior prison official told the Associated Press news agency on condition of anonymity because of the sensitivity of the issue.

TV stations reported that a grave had already been dug in Qamaruzzaman’s ancestral home outside Dhaka.

On Monday, Bangladesh’s Supreme Court rejected Qamaruzzaman’s final legal appeal against the death sentence given to him by a special tribunal in May 2013.

His only recourse would have been to seek a presidential pardon.

Prosecutors say Qamaruzzaman headed an armed group that collaborated with the Pakistani army in central Bangladesh in 1971 and was behind the killings of at least 120 unarmed farmers.

Bangladesh blames Pakistani soldiers and local collaborators for the deaths of three million people during the nine-month war seeking independence from Pakistan.

An estimated 200,000 women were raped and about 10 million people were forced to take shelter in refugee camps in neighbouring India.

Since 2010, two tribunals have convicted more than a dozen people, mostly senior leaders of Jamaat, which had openly campaigned against independence. 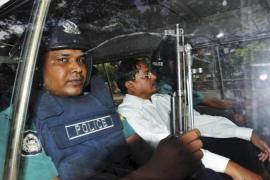 Court upholds death penalty for Mohammad Kamaruzzaman for atrocities committed during war of independence from Pakistan. 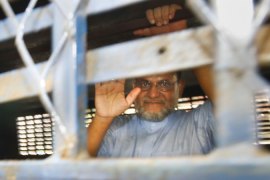