Shelling by the Egyptian army in the northern Sinai Peninsula has killed 13 people including three women and their children, tribal sources have said.

Medical sources said that an entire family had been killed in the incident.

Military officials had earlier told the Associated Press news agency mortars landed in a residential area south of Sheikh Zuweid on Wednesday, hitting a house and killing nine of it residents.

Sheikh Zuweid lied between the provincial capital, El Arish, and Rafah on the border with Gaza.

In a separate attack, officials said a missile landed on a house in another village, killing two more civilians, without explaining who may have been behind the attack.

In a third attack, outside El Arish, explosive detonated as a military vehicle drove past, killing two police officers and injuring three others.

The officials spoke anonymously because they were not authorised to speak to the media.

Egypt has conducted a long-running campaign in Sinai against fighters from the group formerly known as Ansar Beit al-Maqdis but who are now fighting under the banner of the Islamic State of Iraq and the Levant.

Early in April, a series of ambushes targeting the military killed 15 soldiers and two civilians.

The army said 15 of the attackers were also killed  in the clashes.

That was the deadliest attack in Sinai since suicide car bombers and gunmen killed several dozen soldiers at a military base in El Arish in January.

At least 15 soldiers killed along with two civilians in deadliest ambushes on security checkpoints since January. 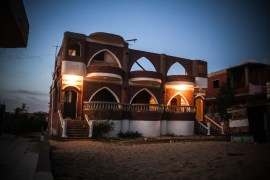