Iran’s Supreme Leader has stopped short of giving his endorsement to the framework nuclear deal struck last week between Tehran and world powers, while the country’s elected leader warned separately that his country would not sign a final deal unless economic sanctions were lifted immediately.

Ayatollah Ali Khamenei said in remarks on Thursday that he “is neither for nor against” the deal, but that he continues to support the country’s negotiators.

His statement came as President Hassan Rouhani said at a ceremony in Tehran that all economic sanctions should be removed as soon as a deal was reached.

“We will not sign any agreement, unless all economic sanctions are totally lifted on the first day of the implementation of the deal,” he declared.

In an interview with Al Jazeera, Mahjoob Zweiri, a Middle East expert, said that the statements of Khamenei and Rouhani represent a negotiating strategy that put pressure on the US to make more concessions ahead of the June 30 deadline.

Zweiri said that both leaders were also trying to assure Iranians that they were trying to preserve the country’s right to pursue a nuclear programme.

Iran and six world powers reached a framework agreement last week aimed at keeping Iran away from being able to develop a nuclear weapon.

The framework deal does not include the immediate lifting of punitive sanctions imposed on Iran. Instead, it says the sanctions will be suspended once international monitors verify that Tehran is abiding by the limitations spelled out in the agreement.

The deal also specifies that if at any time Iran fails to fulfill its commitments, these sanctions would snap back into place.

Khamenei, who has final say on all state matters in Iran, also cautioned that the six world powers are “not to be trusted” and may try “to limit Iran” in further talks.

A lot remains to be done until the deal is finalised, he said, adding it may take more than three months.

“The problems are in the details and (negotiators) should sit down and discuss them one by one,” he said, while hinting that he was open to extending the talks.

Responding to the latest statements from Tehran, Jeff Rathke, a spokesman at the US State Department said, “We are not negotiating in public.” 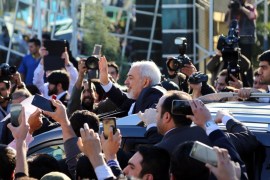 Iranian president says historic agreement in Switzerland has opened a “new page” for the country. 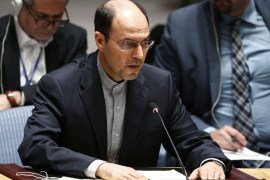 Iran has accused the world’s five largest nuclear powers of failing to take action to eliminate their stockpiles. 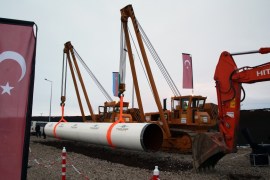