Yala, Thailand – “Just a little,” Dr Patimoh Umasa says, pinching the tip of her finger showing how she cuts the clitorises of small girls.

Dr Umasa runs a small clinic on Yala’s main drag, just down the street from a bombed-out building, near the edge of the Muslim quarter.

As one of the few female doctors in the city, she is the one everyone goes to for sunat – the practice of female circumcision, which the World Health Organisation (WHO) classifies as female genital mutilation (FGM).

“Just an incision to leak some blood, no excision of flesh,” Dr Umasa says, using her grey cat, asleep at the clinic reception, to demonstrate the way she holds the girls still before she cuts them.

“It takes three people, see? The mother holds the baby up here for comfort, and an assistant holds the legs open like this,” she says, spreading the cat’s legs apart and pinning them down to the counter.

She adds: “And then with my left hand I spread the labia, and with my right hand I pull back the clitoral hood, and slice.”

Umasa uses a sterile size-11 surgical blade, and performs the procedure for free, because she says its a religious procedure.

“The babies cry,” she says, “but not much. They don’t have any lasting health complications.”

Like others, Dr Umasa believes that the procedure, if done by a doctor, should not be considered mutilation.

“If it’s done by a trained doctor, they are using the right technique, then never mind!”

In the past, traditional birth attendants performed sunat on the newborn baby girls a few days after birth.

Wamae Tahe is a 65-year-old retired midwife who says in the 23 years she worked in Yala, she performed sunat on almost all female babies whose births she attended.

“But now babies are born in the hospital, so I no longer do cutting, because mothers are afraid to have it done at home,” she says.

“It’s important to be careful and not hurt the baby’s vagina! But I wasn’t concerned that I was harming the baby. They cried a little, but it must be done.”

She says on two occasions she performed the procedure on girls over the age of 18, which she said made her very nervous.

Dr Umasa says she performs anywhere between 10 and 20 procedures a month, and the figure is rising as women increasingly give birth in hospitals.

The practice of female genital cutting in southern Thailand is virtually undocumented, and the prevalence is unknown as there is no reliable data available. But Dr Umasa believes it is universally prevalent.

Dr Sudarat Teeraworn is a maternal health supervisor for the department of public health in Yala province, and she says the issue of female genital mutilation is completely off the Thai Health Ministry’s radar.

Adding to this, Dr Teeraworn says, it’s just simply not a topic of discussion: many women do not even know if they are “cut” since most of the procedures are performed during infancy.

“There are no laws or regulations surrounding the practice, and the Health Ministry doesn’t say anything about it or study it because it’s not harmful – it’s a cultural phenomenon. If it’s cultural and not harmful, then what can we do about it?”

Dr Teeraworn says there have been no prevalence studies done in Thailand, but believes the prevalence in border provinces is probably similar to the FGM’s prevalence in Malaysia.

An unpublished study conducted in 2011 by the University of Malaya’s department of preventive medicine in Malaysia found that 93 percent of Muslim women in Malaysia have undergone the procedure.

Though not comprehensive, the numbers for Kelantan state, which borders Thailand, are similar.

The cutting that occurs in Malaysia is similar to the process described by Dr Umasa in southern Thailand. It falls under type IV of the WHO’s classification system – the least invasive type, typically done without removing flesh.

Malaysia’s highest religious authority issued a fatwa, an Islamic legal edict, in 2009 making the cutting procedure required for all Muslim women, unless “harmful”.

Many religious leaders in Malaysia, like their counterparts in Thailand, believe the procedure as practised there is so minimally invasive that it should not be called mutilation.

Saira Shameem, who works with the United Nations Population Fund, says the process is never harmless, and the WHO created the type IV category specifically to include the practices in countries like Malaysia.

Because there is such a variety of practices of increasing invasiveness, she says any sort of cutting on a woman’s genitals, no matter how small, is harmful and should not be done.

Malaysia’s fatwa does not define the procedure, and Shameem says health officials are trying to work that avenue to change the practice to a more symbolic one.

“In order to prevent the procedure from becoming more extensive, we are trying to persuade the Ministry of Health to replace it as currently practicsed with cleansing with an alcohol swab,” she says, referring to a routine examination typically performed by obstetricians at birth.

The fatwa poses a dilemma for medical professionals caught between their unwillingness to violate WHO guidelines, and parents who feel pressure to have their daughters cut.

But Shameem says doctors can play a big part in the transition to eradicating the behaviour.

“We don’t have as much influence and control over traditional practitioners as doctors, so if you’re talking about effectively eradicating the procedure, working through the medical system with doctors would shift the practice more quickly,” Shameem said.

The religious and social pressure to have a baby girl cut in Thailand works on practitioners as well. As retired midwife Tahe explained, “If parents come to me to ask me to do it, I can’t say ‘no’. Can I?”

Julia Lalla-Maharajh is the CEO of Orchid Project, a London-based organisation that advocates against female genital mutilation.

She says the biggest problem they face is massive information gaps.

“There is very little data or evidence about the practice outside of African countries, and this is something we absolutely need to address,” she says.

“We cannot show how urgent and important this issue is, so we would urge organisations around the world to really keep asking the questions: Is [female genital cutting] happening in your country, and what can be done about it?”

Dr Teeraworn says she and her health teams have no access to so-called red zones in Thailand’s conflict-stricken south, areas where bombings and attacks occur regularly.

She is unable to directly supervise health stations there.

Thailand’s deep south was part of the independent Malay Pattani sultanate some 200 years ago,and the practice of sunat dates back to that era.

Today, ethnic Malay Muslims who inhabit the region speak Bahasa Melayu and consider themselves to be culturally Malay, though they are Thai nationals.

Since 2004, over 6,000 people have died in sporadic bombings and attacks that are part of a violent insurgency, which has an apparent but unclear demand for increased autonomy.

Imam Abdullah Abu-Bakr of the Committee of Islamic Council of Yala says Muslims in the south are more observant than their co-religionists in Bangkok, because there are more foreign-educated imams and fewer distractions, such as the entertainment hub of Bangkok.

He himself was educated in Syria and Malaysia.

Thailand’s fatwa committee has not issued a fatwa surrounding the practice of sunat, but Imam Abdullah says everybody knows the practice is required for boys, typically in a public ceremony around age seven, and though is not absolutely required of women, it is something all women should do.

He says the way it is currently practised is not harmful, and is key to a Muslim’s cultural identity.

“You must peel a banana before you can eat it,” Abu-Bakr says, “and for women, it will reduce their wildness, making them clean and strong.” 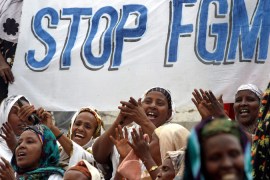 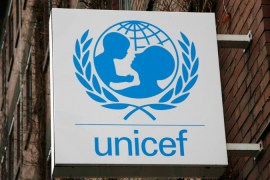 The horror of female genital mutilation

An estimated 66,000 girls have been illegally mutilated in the UK, but no one has yet been prosecuted for this practice. 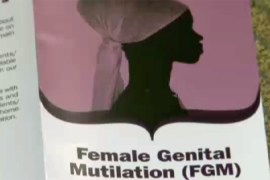 Officers were carrying out a week-long operation at London’s Heathrow Airport to prevent and detect the practice.