The family of an Afghan woman lynched by a mob in Kabul after she was falsely accused of desecrating a copy of the Quran say police could have done more to save her.

Hundreds of people joined the brutal beating of Farkhunda Malikzada, with many passersby filming the murder on their phones.

“The government should be held accountable for every drop of Farkhunda’s blood. She’s not just my daughter, she’s the daughter of the nation,” she said.

Farkhunda’s brother, Mujub Ullah Farkhunda, said her parents were encouraged to lie by police officials and pretend she had a mental disorder in order to calm the crowds.

“He told us we should say the same thing. That if we didn’t then angry people would burn the whole city,” Mujub said.

Farkhunda was a religious studies student who spoke out against the practice of amulet selling near Kabul’s shrines and wanted a return to orthodox Islamic practices. It is believed she got into a dispute with a man selling charms, who then falsely cried out that she had burnt a Quran.

Police were unable to keep the crowds that gathered at bay, and Farkhunda was beaten and later set alight.

During her funeral procession her coffin was carried by women, breaking with Afghan tradition. 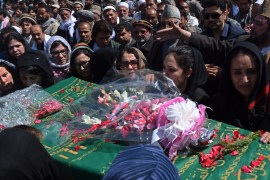 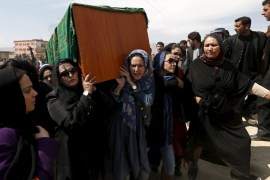 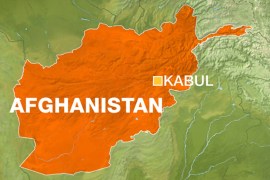 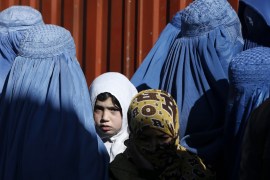 Already disadvantaged by their gender, the specific needs that Afghan females face when displaced must be addressed.