Opposition leader Muhammadu Buhari has opened up a slight lead over President Goodluck Jonathan in a tight Nigerian election that is expected to go down to the wire when the vote count resumes on Tuesday.

The electoral commission announced that the opposition All Progressives Congress (APC), the party of presidential challenger Buhari, took the most votes in Oyo, Kogi, Kwara, Katsina, Kaduna, Osun, Kano, Jigawa and Ondo states.

The vote count resumed on Tuesday morning the INEC said.

"Distinguished ladies/gentlemen we've taken all the states, we'll call it a day and convene tomorrow at 10am. Goodnight to you all"- Jega

The election pits President Jonathan, 57, against 72-year-old former military ruler Buhari for the favour of an electorate divided along a complex mix of ethnic, regional and in some cases religious lines.

To win the election, a candidate needs to win more than 50 percent of the total votes nationally – and take at least 25 percent of the vote in two thirds of the states.

Results from Nigeria’s elections, potentially the closest contest since the end of  military rule in 1999, trickled in on Monday after a weekend vote marred by confusion, arguments and sporadic violence.

NIGERIA DECIDES: Read more of our special coverage of the closest race in years

The United Nations and the African Union, which both had election observers on the ground, said the vote in Africa’s most populous nation was broadly in line with “continental and regional principles”.

On Sunday, protesters in Rivers state, the headquarters of Africa’s biggest oil industry, declared the voting as fraudulent.

Even before preliminary tallies were recorded, the opposition APC rejected the process in Rivers state and denounced the vote there as “a sham and a charade”.

In a sign the opposition will challenge results elsewhere, the APC governor of the southern Imo state, Rochas Okorocha, denounced on television the conduct of the election in his region and accused the military of meddling in the result.

Attahiru Jega, INEC chairman, said he was concerned about the Port Harcourt complaints, which alleged that opposition agents were kicked out of vote-tallying meetings, and had launched an investigation.

Voting was pushed into an unscheduled second day on Sunday after failures in controversial new technology designed to “read” biometric identity cards to combat electoral fraud.

Among those whose card did not work was the president himself.

Boko Haram has dominated the campaign, with military operations against the rebels forcing a six-week delay to the scheduled February 14 election.

A series of suspected attacks on polling stations in Gombe state on Saturday killed at least seven. 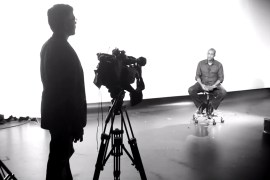 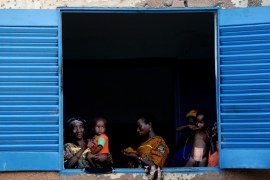 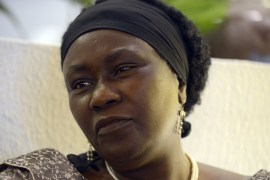