A year on from the start of the Ebola outbreak, a report has been published by frontline aid agency Doctors Without Borders slamming the international community’s slow response and detailing the “indescribable horror” faced by its staff.

More than 10,000 people have been killed and some 25,000 infected since the Ebola epidemic was first identified in West Africa in March 2014, mostly in Guinea, Liberia and Sierra Leone.

But Doctors Without Borders said in a report on Monday that “months were wasted and lives were lost” because the UN’s World Health Organization (WHO), which is charged with leading on global health emergencies and “possesses the know-how to bring Ebola under control”, failed to respond quickly or adequately.

Its report accused the WHO’s Global Alert and Outbreak Response Network of ignoring desperate pleas for help from Liberia when it met in June.

“I remember emphasising that we had the chance to halt the epidemic in Liberia if help was sent now,” said Marie-Christine Ferir, emergency coordinator for the aid agency, which is commonly known as MSF.

“It was early in the outbreak and there was still time. The call for help was heard but no action was taken.”

The WHO did not set up a regional hub for coordinating the response until July, by which time a second wave of the epidemic had struck.

“All the elements that led to the outbreak’s resurgence in June were also present in March, but the analysis, recognition and willingness to assume responsibility to respond robustly were not,” the report said.

Particularly in the early months, it therefore fell to MSF to carry much of the response, but the organisation had only 40 staff with experience of Ebola when the outbreak began.

“We couldn’t be everywhere at once, nor should it be our role to single-handedly respond,” said Brice de le Vingne, MSF director of operations.

It was only when a US doctor and Spanish nurse were diagnosed with Ebola that the world woke up to the threat, MSF said.

WHO did not immediately respond to a request for comment.

The aid agency also blamed the governments of Guinea and Sierra Leone for refusing to admit the scale of the epidemic, saying they put “needless obstacles” in the path of MSF teams. 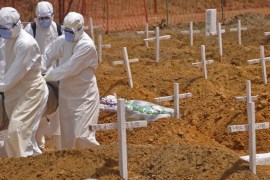 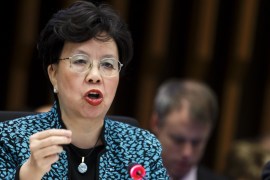 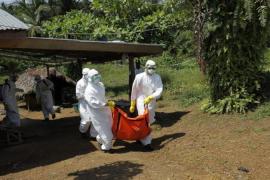 Ebola in West Africa is a wake-up call

What the Ebola crisis tells us about our failing drug development system.