A court in Ivory Coast has sentenced former first lady Simone Gbagbo to 20 years in prison for her role in a 2011 post-election crisis in which around 3,000 people were killed, her lawyer has said.

The verdict against the wife of former President Laurent Gbagbo was announced in the early hours of Tuesday after around nine hours of deliberations by the jury, according to her lawyer Rodrigue Dadje.

The former president’s son, Michel Gbagbo, was also convicted and sentenced to five years in prison.

The ruling by the six-member jury was longer than the 10 years requested by the state prosecutor.

Gbagbo, who is also wanted by the International Criminal Court, was tried alongside 82 other allies of the former president in a case that reopened divisions in a nation still recovering from years of political turmoil and conflict.

General Bruno Dogbo Ble, who headed the elite Republican Guard, and former navy chief Admiral Vagba Faussignaux were both jailed for 20 years, according to their lawyer, while others including the ex-president’s son got shorter sentences.

Supporters of Laurent Gbagbo, whose refusal to acknowledge his defeat by Alassane Ouattara in elections in 2010 sparked a brief civil war, claimed the trial was politically motivated.

The former first lady’s civil rights will also be suspended for 10 years, according to her lawyer.

The former president Gbagbo is awaiting trial at the ICC accused of crimes against humanity.

Ivory Coast refused to transfer Simone Gbagbo to The Hague to face similar charges, arguing that she could receive a fair trial in a domestic court.

As the trial drew to a close on Monday, Simone Gbagbo said prosecutors had insulted and humiliated her while failing to prove her guilt.

Though praised for his stewardship of Ivory Coast’s post-war recovery, Ouattara has been accused by human rights groups of pursuing one-sided justice against his former rivals while ignoring abuses committed by his own supporters. 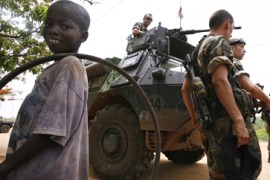 Q and A: Ivory Coast conflict

Al Jazeera takes a look at the issues behind the conflict. 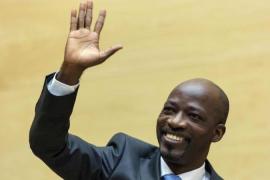 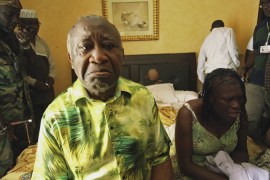