Dubai, United Arab Emirates – On April 23, 2013, Aysha Albusmait did something that would change her life forever. Confiding in no one except an aunt, Albusmait went to a government agency and adopted a daughter.

“I fell in love with her voice before I saw her,” Albusmait said of the then three-year-old Reem, whom she adopted from Dubai’s Community Development Authority (CDA). “She opened my heart, like light… I just heard her saying, ‘And she will get me a schoolbag?’ Really, the first thing I got her was a schoolbag.”

The 49-year-old Albusmait, an Emirati national, is the communication and marketing director for the Dubai Sports Council and was named the top Dubai Government Official in 2007 at the Dubai Government Excellence Programme awards.

Albusmait has also become one of the first Emirati women to speak out about adopting a child as a single mother, in a society that has deep reservations about the practice. Adoption is still commonly thought by many to be outlawed in Islam.

Adoption itself is not taboo in the United Arab Emirates, Albusmait told Al Jazeera, but talking about it is. “Parents are worried about how people will treat their kids, how they will deal with them when they know they are adopted…We come from a culture where your family are your roots – this is something very important for us.”

Adoption is not forbidden in Islam. What Islam forbids is stripping away a child's sense of his own biological lineage and biological rights.

Many Muslims believe adoption is not permitted in Islam, said Yusra Gomaa, an American lawyer who heads the Muslim Adoption Network.

But, she argued, the Quran emphasises the importance of caring for orphans. “Adoption is not forbidden in Islam,” she explained. “What Islam forbids is stripping away a child’s sense of his own biological lineage and biological rights.”

Statistics for adoptions within the Muslim world are difficult to come by, but Gomaa said there has been a reluctance for Muslims to adopt to non-Muslims, and vice versa. In majority Muslim African countries like Mauritania, Djibouti, and Sudan, an adoptive parent usually needs to be a blood relative who is either Muslim, or lives in a Muslim environment.

“Muslims are encouraged to care for all orphans and abandoned children, not just ‘Muslim’ children,” Gomaa said.

Albusmait said her own family has been supportive of her decision to adopt. But at first, they did not understand. Her sisters asked: “Why? Take our kids.” Later, though, Albusmait said they changed their minds, telling her: “Good [that] you did this; we would love to do this.”

Although Albusmait had some family friends who adopted children, she had never heard of a single Emirati woman doing so. Now, she said, two friends of hers want to follow in her footsteps.

They are not the only ones. Huda al-Suwaidi – director of the CDA’s family development department, which oversees the “Embrace” adoption programme – said of the 55 families on the adoption waiting list, about 20 percent were single Emirati women over the age of 40. Childless, married couples made up about half of those waiting to adopt, while married couples with children comprised the remaining 30 percent.

The adoption programme has strict eligibility criteria. Adoptive parents must be Emirati nationals. Married couples must be at least 25 years old, and single women must be at least 30. Single men are not eligible.

call us and fight with us and we say – fortunately and unfortunately – there are no children.”]

Suwaidi said the marriage rate among Emirati women has been falling for years. “The average age of marriage in both males and females is 29 right now, and it’s going up. There are so many factors. One is education, second is work, third is cost of living and expenses of the wedding itself,” she said. “We will still have these single women who are reaching 40 or 50 without a child.”

Dubai’s “Embrace” programme has been running for almost two years now, and has placed 13 children with families in that time. But demand for adopted children far outstrips supply. “Every time [those on the waiting list] call us and fight with us and we say – fortunately and unfortunately – there are no children,” Suwaidi said.

In the UAE, abandoned children are often the product of illicit relationships or sexual assaults that result in the pregnancy of migrant workers. Sex outside of marriage is illegal in the UAE, so the women – many of whom are unable to travel to their home countries – often conceal their pregnancies and then abandon their babies. The CDA recorded nine abandoned children in 2013 and six last year.

Albusmait said she initially explained the adoption process to Reem at the age of three through diagrams on a toy chalkboard, although it was unclear how much the girl understood. “I explained more and more. I told her, ‘I’m the happiest person ever because you are in my life.’ When I stopped, she jumped up and hugged me and said, ‘I know.'”

Albusmait wants to adopt one more daughter before she turns 50. “When I leave life, I want her to be attached to a sister,” she said. “They will love each other; they will not leave each other. Like me and my sisters.” 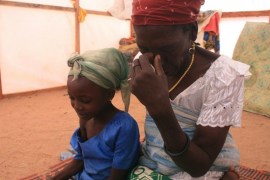 The lost children of Nigeria

Thousands of youths orphaned or separated from their parents by Boko Haram’s campaign of violence face ongoing trauma. 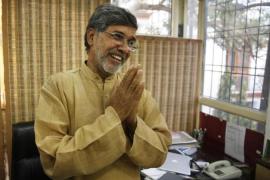 Peace Prize winner and child rights activist Satyarthi talks about his life, his struggles and his co-winner Malala. 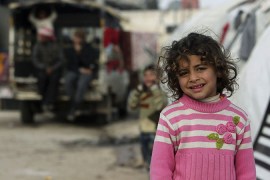