Kuwait’s appeals court has jailed prominent opposition leader Mussallam al-Barrak after he was sentenced to two years in jail on charges of insulting the Gulf state’s ruler and the legal system.

The charges relate to a speech he gave to tens of thousands of demonstrators in October 2012 protesting changes to the electoral law that he said would allow the ruling Al-Sabah family to manipulate the outcome of elections.

Barrak was flanked by supporters on Sunday as he was whisked away by security officers to begin his jail sentence.

Barrak was a member of parliament when he gave the speech but his nationalist Popular Action Movement (PAM) boycotted December 2012 and July 2013 polls held under the new electoral law.

It quoted its leader as vowing that the campaign for reform in the oil-rich emirate would go on.

“You can jail my body but not my ideas and will,” he said.

The appeals court tried Barrak after quashing a five-year jail term handed down by a lower court in April 2013 on the same charges of insulting the emir, Sheikh Sabah al-Ahmad al-Sabah.

That judgement handed out a week ago sparked angry protests by opposition activists, several of whom were wounded when police responded with tear gas and stun grenades.

In July last year, there were further demonstrations when Barrak was detained for five days on separate charges of insulting the judiciary.

Since the mass protests of 2012, Kuwaiti authorities have cracked down on the opposition, handing down heavy jail terms and even revoking the citizenship of PAM spokesman Saad al-Ajmi last September.

The crackdown has been condemned by human rights groups, who have called for changes to the law to prevent people from being jailed for exercising free speech.

Article 25 of Kuwait’s 1970 penal code provides for jail terms of up to five years for anyone who publicly “objects to the rights and authorities of the emir or faults him”. 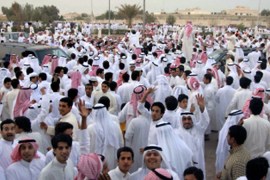 At least 1,000 Arabs demonstrate to demand citizenship in Gulf country, leading to dozens of arrests. 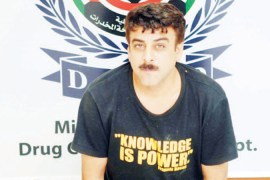 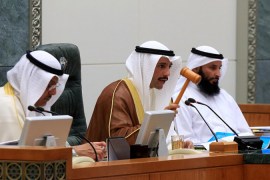