Jdeideh, Beirut – When Nino Youkhana, a Christian Assyrian from Syria in his late 30s, heard the news that fighters of the Islamic State of Iraq and the Levant (ISIL) had descended upon the Assyrian villages along the Khabour River in northeastern Syria, he immediately called his uncle, who still lives there. “Someone who couldn’t speak Arabic properly answered the phone and said ‘we are the Islamic State’ and then hung up,” said Youkhana who fled his village,Tal Jazeera, two years ago to settle in Lebanon.

Youkhana kept calling back, and was finally allowed to speak to his uncle very briefly as long as they spoke in Arabic and not in their Assyrian dialect. “A guy with an Egyptian accent was with him when I spoke to him.”

Almost a week has passed since the attack, and relatives are desperate to know what has happened to their loved ones.

“All of my relatives have been kidnapped, and their houses and the churches in the area burnt,” Youkhana told Al Jazeera. “Apart from the first day’s brief phone call, we haven’t been able to speak to them, and we know nothing. All we want is some news on them, on what is going on. This is all we’re asking for.”

When ISIL fighters seized two Assyrian villages from Kurdish forces in Hassakah last week, entire residential areas were ransacked, houses burnt to the ground, and those who were not able to flee, were either killed or kidnapped, according to their relatives living in neighbouring Lebanon.

Activists in the Assyrian community in Beirut have put the number of kidnapped Assyrians at around 240, but relatives say the number is much higher. At least 3,000 others fled to the cities of Hassakah and Qamishli.

On Friday, at a meeting held in a church hall in an Assyrian church in Beirut, the atmosphere was charged. Many of those who attended were scared and frustrated, feeling abandoned by the international community in what they consider to be history repeating itself. They say they are fully ready to take matters into their own hands.

“We have men, we have a military council for Assyrians [in Hassakah], but no one is giving us weapons to defend ourselves,” said Ibrahim Murad, head of Syriac Union Party. “There is a conspiracy against us to push the indigenous people off their land,” Murad told Al Jazeera.

In the middle of the meeting, an old man stood up calling on others to join him to fight in Syria to defend their homes. “I will go, I will go today to fight. Who is with me?”

According to Jean, an Assyrian from Lebanon who was present at the meeting: “All we are hearing are empty words from politicians and leaders. Many people here are ready to enter Syria and to go fight, but the problem is no one wants to give us weapons. What are we supposed to fight with?”

The  Assyrian Christians in the Middle East have been historically located in Mesopotamia, an area that includes northern Iraq, northeastern Syria, and southern Turkey today. An indigenous community in their own right, they have their own dialects that take root directly from the ancient Aramaic language.

The  Assyrian community living in southern Turkey was killed en masse during WWI at the hands of the Ottoman Empire, forcing hundreds of thousands to flee to neighbouring countries.

Referred to by Assyrians as “Sayfo”, between 250,000 and 300,000 people were killed, according to research conducted by David Gaunt, a history professor at Sodertorn University in Sweden.

In 1933, Assyrians were again forced to flee following the Simele massacre in northern Iraq, when the Iraqi authorities systematically targeted the community along the Bekher mountain range between Zakho and Mosul.

, but no one is giving us weapons to defend ourselves. There is a conspiracy against us and to push the indigenous people off their land.”]

Under former Iraqi President Saddam Hussein security forces carried out the Anfal Campaign in the 1980s, targeting the Kurdish community as well as other ethnic minorities including the Assyrians.

The American invasion of Iraq in 2003 forced, yet again, a mass exodus of Assyrians from the country following targeted sectarian and ethnic persecution, a flight that continues and is being exacerbated today.

According to the Assyrian Council of Europe, the Assyrian population in Iraq numbered at 1.5 million before 2003, and dropped to under 500,000 by 2011.

Following ISIL’s takeover of Mosul in Iraq last summer, thousands more fled after being threatened by the militants.

In Syria, the Assyrians make up approximately five percent of the country’s population and are found predominantly in Hassakah province, but also have a presence in Aleppo, Damascus and in the south of Syria.

Many who fled the 1933 Simele massacre settled in a few dozen villages along the Khabour River.

Nineveh, 17, an Assyrian from Tal Nasri in Syria, was named after the area in Iraq where many Assyrians come from. Her grandparents were forced to seek refuge in Syria from Iraq early in the last century following targeted attacks against the population.

They settled in Tal Nasri along the Khabour River before being forced to flee once again two years ago, this time to Lebanon. Now she has to deal with the fact that her relatives, also among the kidnapped, are yet again on the receiving end of a targeted ethnic campaign.

“Wherever we go we are refugees and all alone,” she said. “We left when the situation in our area started to deteriorate. We were being attacked at the university and the extremists were surrounding us. No one helped us.”

Habib Afram, secretary-general for the Federation of Christian Association in Lebanon and a leader of the Assyrian and Syriac community, said the latest attacks by ISIL clearly prove the fate of the Christians in the Middle East is in a very dangerous state.

“What happened to us is a threat to diversity, and it is a problem for the international community,” he said. “Unfortunately we see less willingness to fight this extremist ideology.”

As one Assyrian from Hassakah currently living in Lebanon lamented: “The Syrian army doesn’t protect us, nor do the Kurds, and neither does the international community. We are left to fend for ourselves. What are we supposed to do?” 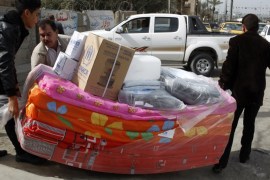 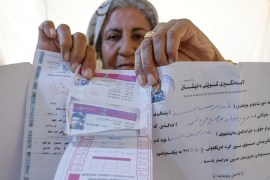 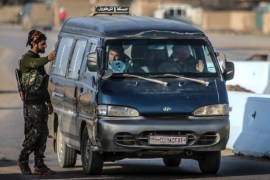