The death toll from a series of avalanches triggered by heavy snowfall in Afghanistan has risen above 200, officials said.

The bulk of the deaths happened in Panjshir province, north of the capital Kabul, where at least 168 people were killed, acting provincial governor Abdul Rahman Kabiri told the AFP news agency.

Rescue teams had been dispatched to the affected areas and casualties were expected to rise, Syas said.

Large swathes of Afghanistan have been covered in snow over the past 24 hours as a major storm has interrupted an otherwise mild and dry winter.

Al Jazeera’s Nicole Johnston, reporting from Kabul, said Panjshir is difficult to reach because it has two large mountain ranges with a narrow valley in the middle and one road in and out of the province.

“So far [emergency teams] have been able to clear only 50km into that road,” she said.

“The provincial governor told us that they managed to get 300 people together to try and help the emergency teams but they don’t have the right equipment.

“They are using shovels and in some cases their bare hands to try and get people out.

“Many of those houses that have heavy dumps of snow on them are in the higher mountain ranges.” 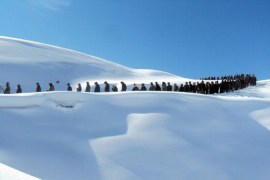 Army helicopters sent to Badakhshan, a province on the Tajikistan border, where an entire village is buried under snow. 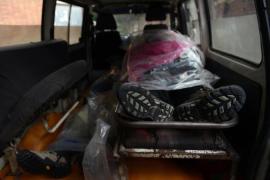