Nearly 500 miner workers have been rescued in South Africa following a fire at a gold mine near Carletonville, about an hour from Johannesburg.

All 486 workers are confirmed to be safe, and have been brought to the surface at the site in Kusasalethu, according to a company statement posted on Twitter at 1917 GMT on Sunday.

“All miners are safe, no injuries reported,” the statement said. “Our thanks go out to all involved, especially the mine rescue teams.”

Earlier, the company said all operations at the mine have been suspended.

The company said the fire started at 9:40 local time, during “maintenance work” some 2,300 metres below surface.

South Africa’s gold mines are the deepest in the world and were ranked as some of the most dangerous during the apartheid era.

Last year, at least eight people were killed following a fire and rock fall at another mine also near Johannesburg. 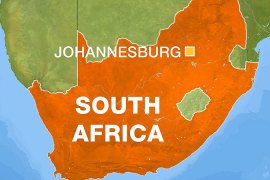 Rescuers say they have saved 11 people trapped while illegally working in abandoned gold mine near Johannesburg. 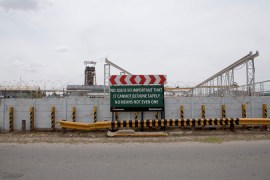