The UN Security Council has unanimously approved a Russian-drafted resolution that endorses the new ceasefire agreement on Ukraine as battle rages between pro-Moscow rebels and Ukrainian forces for the control of a key town.

The vote on Tuesday came as Russian President Vladimir Putin told Kiev to let its soldiers surrender to the separatists who fought their way into the town of Debaltseve, encircling thousands of government troops.

The UN resolution was not expected to have a significant impact on the peace deal that was reached in the Belarusian capital Minsk last week with both sides failing to begin pulling back heavy weapons as required.

However, it had more chances of prompting an independent investigation into the crash of Malaysia Airlines Flight 17 – the passenger jet that was shot down last year over rebel-held eastern Ukraine.

Council members said they wanted to make sure the 298 victims were not forgotten.

The United States and other council members supported the resolution, but spoke with scorn.

Samantha Power, the US envoy to the UN, called Russia’s drafting of it “ironic, to say the least” while Moscow was “backing an all-out assault” in Ukraine.

Vitaly Churkin, the Russian envoy to the UN, called the comments “offensive”.

The war in eastern Ukraine has already killed more than 5,600 people and displaced more than a million, the United Nations said on Monday. It has also left the country’s industrial heartland in ruins. 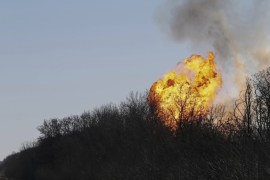 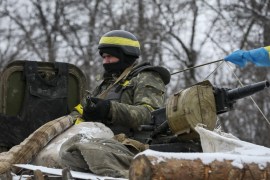