By Cale Salih
Cizre, Turkey – Since December 27, at least six people – mostly youths – have been shot dead in Cizre, a majority Kurdish town in southeastern Turkey. As evidence emerged to suggest Turkish security forces were responsible for at least two of the deaths, those of Umit Kurt (reportedly 14 years old) and Nihat Kazanhan (reportedly 12 years old), authorities quickly placed secrecy orders on the investigations.

But anger in the city has continued to brew, especially among the youth. The YDG-H, a youth group linked to the Kurdistan Worker’s Party (PKK), is gaining considerable power in Cizre, where many youth view it as their only outlet – a way to stay busy in a city with dim employment prospects, and a way to respond to perceived state insults.

“The YDG-H is trying to demonstrate that it can be a security force in Kurdish areas, a kind of young urban police force that shows the PKK is active in the cities,” Yilmaz Akinci, a Turkish-Kurdish journalist, told Al Jazeera. “They are demonstrating to the Turkish state that they can be a threat, especially if the peace process doesn’t go well.”

RELATED: How Turkey misread the Kurds

Cizre has historically experienced high levels of state violence and support for the PKK, with the two dynamics feeding into each other over the years. In the 1990s, the worst years of the Turkey-PKK conflict, Cizre was the site of frequent clashes between militants and police, often with very high death tolls. Today, the HDP, the Kurdish party linked to the PKK-aligned nationalist movement, wins close to 90 percent of the vote in Cizre.

The war in northern Syria has put Cizre on edge once again. Clashes between extremists and PKK-aligned Kurds took place across southeastern Turkey – and especially in Cizre – last October, when Kobane appeared to be on the verge of collapse.

At least 35 people died in the worst outbreak of violence since PKK leader Abdullah Ocalan announced a ceasefire in 2013. The ongoing unrest in Cizre has prompted fears that if the Turkey-PKK peace process was to come apart, it would start to unravel here.

Murat, a 24-year-old Kurd from Cizre and a member of the YDG-H, dropped out of school when he was 14, and says he gained his real education in prison.

Murat, who spoke to Al Jazeera under a pseudonym, was charged when he was 18 with being a member of the KCK, an acronym for the umbrella organisation of the PKK. He said he had never even heard the name prior to his arrest.

“The first time I ever heard of the KCK was when I was received and read my indictment,” he said. “Before that, the only organisation I had ever heard of was the PKK.”

RELATED: Peace at the end of a long PKK struggle?

In prison, where he stayed for five years without a final verdict on his case, Murat read books by Ocalan and met members of the Kurdish movement in Turkey. He speaks fluently about the medieval histories of Islam and Christianity and the political paradigms developed by Ocalan.

The trial for Murat, who was released from prison after reaching the maximum period of pre-trial detention, is ongoing.

Thousands of Kurds have been detained under similar circumstances, providing an opportune breeding ground for PKK ideology.

guerrillas. When they come out of prison, they’re ready to fight.”]

“Prison is one of the biggest education centres for organisations like the PKK,” Akinci said. “I can count dozens of cases of young people who became more militarised after prison.And after prison, many of these kids go to Qandil to become [PKK] guerrillas. When they come out of prison, they’re ready to fight.”

Although the YDG-H looks to Ocalan as its leader, the PKK does not dictate or control the group’s actions. Even within the YDG-H, there is little control over members. Murat says the YDG-H has no official hierarchy or leadership, although in practice the members with the most experience command the most respect.

Members of the YDG-H mostly work at night – often armed – and when they are seen in public, they are usually masked to hide their identities. The group controls several of the town’s streets and has dug ditches and built blockades to obstruct the entrance of police.

They have become known for extreme methods of protest, including allegedly torching schools in Cizre to protest the lack of Kurdish-language education, and for clashing with ideological opponents and Turkish police.

But on the other hand, “now the YDG-H is very active in Cizre, so from a security perspective one might say the government has reacted mildly. If this had happened in the 1990s, the government might have destroyed the entire town”.

The YDG-H’s more extreme acts have also prompted rare public criticism from within the movement, including a statement from Ocalan calling for calm in Cizre, which many read as an indirect chastisement of the YDG-H.

Still, the group undeniably fills a void in this troubled part of Turkey. Parents in Cizre see the heavy-handed Turkish police as dangerous to their children. Moreover, Turkish prosecutors cast a wide net in the KCK cases, throwing many youths like Murat in prison for their most formative years, politicising a generation.

Indeed, as the YDG-H gains prominence and control in Turkish Kurdish cities, it may represent what many have long feared could upset the peace process: a generation of radicalised Kurdish youth who have only ever known war with the Turkish state and who cannot be controlled by the PKK leadership.

PKK Commander Cemil Bayik admitted in a recent interview with al-Monitor: “There is a great deal of anger among our youth. Even we are having trouble restraining them.”

But Akinci points out that “although the PKK does not dictate the YDG-H’s every action, at the end of the day they can rein them in” – for instance by subjecting YDG-H members who go too far to its own justice system in Qandil, involving PKK-led trials.

Murat agrees, noting it is not his generation, but the next, that should cause the most concern. “My generation can still be controlled by Cemil Bayik,” Murat noted. “But the generation after us, we don’t know. There is a disconnect between them and the [PKK] leadership.” 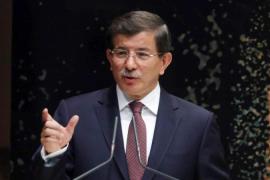 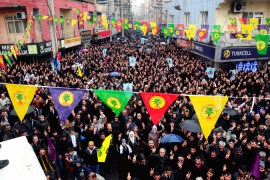