Bahrain has revoked the citizenship of 72 people for “harming the interests of the kingdom,” state news agency BNA has said.

A list published on the agency’s website on Saturday, included the names of well-known Sunni and Shia Muslims, suggesting the move did not focus solely on the protracted unrest by Bahrain’s Shia Muslim majority.

BNA said the Bahraini government revoked the nationality of the 72 citizens to “preserve security and stability and fight the danger of terrorist threats”.

“Proper legal procedures will be taken by the interior ministry to implement this decision,” it added.

The tiny but strategic Gulf nation has experienced nearly four years of unrest, with a Shia-dominated opposition movement demanding greater political rights from the Sunni monarchy.

The ruling Al Khalifa family has repeatedly revoked the nationality of citizens deemed a security threat, but Saturday’s decision was the largest of its kind.

In 2013, Bahrain passed a law stripping those of their nationality as a punishment if convicted of “terrorist” acts.

Last November, three Shia Muslims were sentenced to 10 years in prison and stripped of their citizenship for planning to attack the police.

The Shia, who make up the majority of Bahrain’s population, complain of political and economic marginalisation, an accusation the government denies.

At least 89 people have been killed in clashes since 2011, while hundreds have been arrested and put on trial, rights groups say. 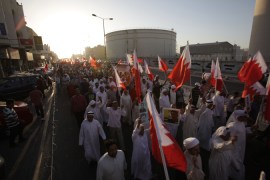 Amendments to Bahrain’s Citizenship Act make it easier for the Interior Ministry to revoke individuals’ citizenship. 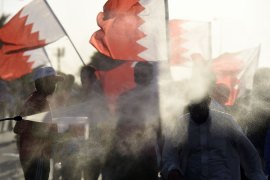 Court jails men for life and revokes their citizenship for smuggling arms into kingdom to be used in “terrorist acts”. 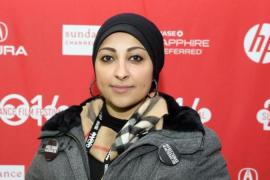 Maryam Khawaja spoke to Al Jazeera before her recent arrest about the fight for human rights and freedom in Bahrain. 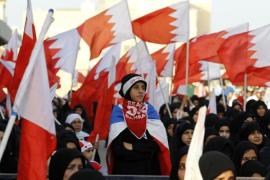 Muted reaction to Bahrain crackdown on pro-democracy activists is in stark contrast to those regarding Syria and Libya.