The army in the Democratic Republic of Congo has announced a fresh offensive against Rwandan ethnic Hutu rebels after weeks of heavy international pressure to act.

Democratic Republic of Congo’s army has declared the official start of operations against Rwandan Hutu rebels, but a senior army official said combat had not yet begun.

Army spokesman General Leon Kasonga said on Thursday that the start of a campaign against the Democratic Forces for the Liberation of Rwanda (FDLR) was announced by the chief of staff of the Congolese army (FARDC), Didier Etumba, on a visit to the northeastern city of Beni.

The FDLR, whose estimated 1,400 fighters include ethnic Hutu soldiers who took part in Rwanda’s 1994 genocide, have been at the heart of years of conflict in central Africa’s Great Lakes region.

An attack on the group by the FARDC and the UN peacekeeping mission in Congo (MONUSCO) has been expected since the rebels missed a January 2 deadline set by regional leaders to disarm.

A 3,000-strong UN intervention brigade recorded significant successes in 2013 when it helped Congolese forces defeat Tutsi-led M23 rebels who had seized swathes of North Kivu, with the support of Rwanda, according to UN experts.

The prospects of a quick operation against the FDLR are complicated by the rugged terrain the rebels occupy and their past history of striking civilians in revenge when attacked. 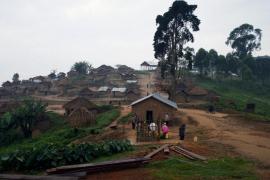 In Pictures: FDLR rebels in the DR Congo

The FLDR, one of the DR Congo’s largest armed groups, aims to overthrow the current Rwandan government. 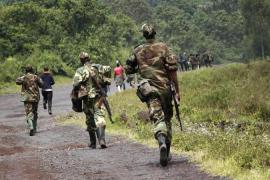 Rwandan fighters in the DR Congo, who have ignored deadline to surrender, now face military action. 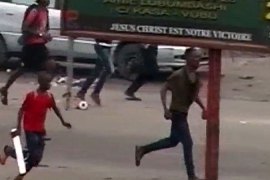 Dozens dead in demonstrations over draft law that would enable President Kabila to extend his stay in power.