Afghan presidential candidate Abdullah Abdullah has insisted that he won the country’s disputed election, dimming hopes that a UN-supervised audit of votes could soon end the prolonged political crisis.

Abdullah repeated claims on Monday that massive ballot-rigging had denied him victory over his rival Ashraf Ghani in the race to lead Afghanistan as US-led NATO troops withdraw from their long war against the Taliban.

The bitter stalemate over alleged fraud in the June 14 vote has raised fears of renewed ethnic violence as the 13-year international military and civilian development effort winds down.

In a deal brokered by US Secretary of State John Kerry, the feuding candidates had agreed to the audit of all eight million votes, and to form a national unity government together whoever emerged as winner.

But Abdullah, who was far behind Ghani in preliminary results from the runoff vote, later pulled out of the audit and the unity government talks have also ground to a halt.

“The election turned to a disaster because of election commission treason, which the government was also a part of,” he said.

“The commission was not interested in revealing fraud, because it was part of it.

“Today the political process has reached a deadlock.”

A spokesman for Ghani Ahmadzai said the former World Bank official is committed to a national unity government, but he also said that giving the losing candidate chief executive power over cabinet ministers would violate the Afghan constitution. 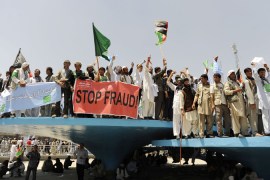 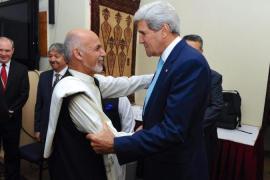 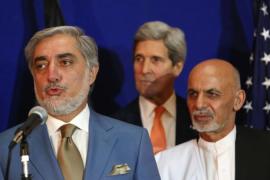 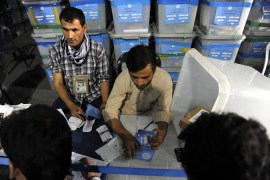