An Egyptian court has ordered the dissolution of the Freedom and Justice Party (FJP), the political wing of the already banned Muslim Brotherhood movement.

The Supreme Administrative Court, in its ruling on Saturday, ordered “the dissolution of the Freedom and Justice Party because it broke the law regarding political parties”.

“The party and the Muslim Brotherhood are the same thing” and “its members have committed deeds of violence and acts or terror against the nation”, state news agency MENA quoted the prosecution case as stating.

According to media reports, the decision is final and not open to appeal.

The FJP’s lawyer called the ruling political and said it was unconstitutional to deprive the defence of the right to appeal.

“The legal reasons given do not justify this ruling but this is a political decision to get rid, not just of the Freedom and Justice Party, but of all the parties that were established after the revolution of January 25, 2011,” lawyer Mahmoud Abou al-Aynayn told Reuters news agency.

The decision follows the designation of the Brotherhood as a “terrorist organisation” in December, after the military overthrew President Mohamed Morsi.

The FJP came out on top in every election in Egypt between its creation in the wake of the country’s Arab Spring uprising in 2011 and Morsi’s removal in July 2013.

Sisi, who took office as president in June, has said the Brotherhood will cease to exist in his presidency.

Morsi’s supporters have staged regular protests since he was toppled. Hundreds of people have been killed in clashes as security forces have been cracking down on their rallies.

Morsi himself is in jail facing a number of charges, including conspiring with foreign groups to destabilise Egypt.

The FJP was founded by the Brotherhood in 2011 after the overthrow of President Hosni Mubarak and it went on to dominate subsequent legislative elections.

The decision comes ahead of new parliamentary elections, the first since Morsi’s ouster, expected later this year. 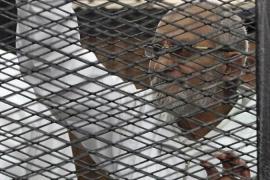 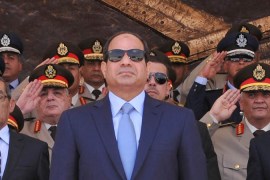