An Indian human rights activist who has been on hunger strike for the last 14 years in protest against alleged army atrocities has been released from a prison hospital in Manipur where doctors had force fed her to keep her alive.

The freeing of Irom Sharmila comes after a trial judge found no evidence to support charges filed in 2000 by prosecutors in the northeastern state that she was trying to commit suicide by refusing food.

“It is hard for me to believe that I am free now. My battle against injustice and crimes committed by the army in Manipur will continue,” Sharmila told the Reuters news agency on Wednesday.

It is hard for me to believe that I am free now. My battle against injustice and crimes committed by the army in Manipur will continue.

The release of Sharmila, who said she would continue her hunger strike, was confirmed by her lawyer Babloo Loitongbam.

The 42-year-old, known as the “Iron Lady of Manipur,” began her fast in November 2000 after 10 people were killed in a shooting at a bus stop near her home in Manipur, a remote state that borders Myanmar.

Activists blamed the killings – including two children – on the Indian army. Police registered a case but no arrests were made.

Despite calls from judicial inquiries and human rights groups, the federal government has kept in force an anti-terrorism law that gives soldiers virtual immunity from prosecution in regions hit by rebellion.

Acting due to the failure to bring those responsible to justice, Sharmila started her hunger strike, vowing only to end it when the law was repealed.

In response to Sharmila’s protest and growing popularity, state prosecutors charged her in 2000 with attempting suicide – a punishable offence in Indian law which also outlaws assisted suicide.

Sharmila was held in a state hospital and force-fed by tubes several times a day.

Sharmila’s release is expected to rekindle debate over the Armed Forces Special Powers Act, which is in force in parts of northeastern India and India-administered Kashmir that have been affected by years of armed rebellion.

The law gives security forces powers to search and enter property and shoot on sight.

The military says the law is needed to tackle rebels and that it investigates allegations of abuse made against soldiers.

“There has been no instruction from the state government to challenge Sharmila’s release order,” S Indira Devi, a government appointed lawyer involved in the case, told Reuters.

“She can walk out of the hospital as a free citizen and maybe even continue her hunger strike.” 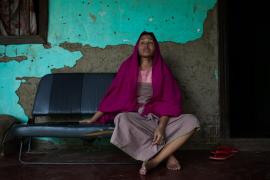 Irom Sharmila’s release has once again put focus on extra-judicial deaths at hands of army in northeastern Indian state. 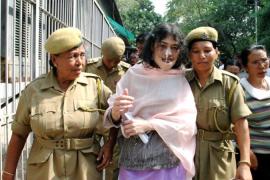 On hunger strike for 12 years

Irom Sharmila in India’s Manipur state is force-fed in detention, but refuses to give up protest against draconian Act. 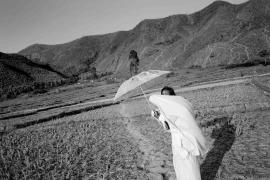 In Pictures: Manipur under the shadow of guns