Pakistan’s military has launched fresh air raids against armed groups, mainly the Taliban, in a stepped up offensive in the North Waziristan region killing at least 13 fighters, army says.

The Inter-Services Public Relations, the administrative arm of the military, confirmed that seven hideouts were destroyed after fighter jets carried out the strikes early morning on Tuesday in Degan area of the northwest tribal region bordering Afghanistan.

The death toll however, could not be verified from independent sources.

More than half a million people have fled the region in the wake of the offensive that began on June 15 after months of peace talks between the government and local armed groups made little progress.

During the sporadic talks, the Taliban launched several attacks but an assault on Karachi airport last month that left 34 people dead was a tipping point.

A two-week bombing campaign gave way to a ground offensive that was launched on June 30. Pakistani officials say all civilians have left and anyone still there is classed as a fighter.

Since the air operation began, more than 400 fighters have been killed and 19 have surrendered, the military said. It said many of those killed were ethnic Uzbeks or Chinese Uighurs.

Twenty soldiers have also been killed during the fighting. 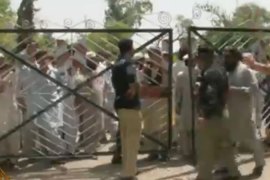 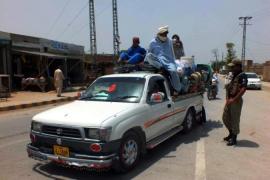 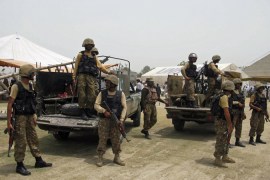 Pakistan steps up push against Taliban

Despite strong public support for offensive, locals worry about price they may have to pay.