Tel Aviv, Israel – US Secretary of State John Kerry’s efforts to broker a ceasefire in Gaza have made him and the White House the subject of blunt criticism within Israel, adding tension to an already strained diplomatic relationship.

Kerry spent much of last week shuttling between Cairo, Tel Aviv and Ramallah trying to end the three-week Israeli offensive, which has killed more than 1,000 Palestinians, many of them civilians.

The shuttle diplomacy marked his first visit to the region since April, when months of negotiations between Israel and the Palestinian Authority collapsed over the former’s refusal to honour the final round of a prisoner release.

Kerry’s meetings ended on Friday night with a draft calling for an immediate ceasefire, with further discussions in Cairo about a permanent truce.

The proposal was not markedly different from an Egyptian initiative, released earlier this month, which the Israeli government accepted.

But with more than 40 Israeli soldiers killed in a ground offensive that began on July 17, and public opinion solidly behind the war, the cabinet rejected Kerry’s proposal hours before he was due to announce it in Cairo – a public humiliation for Israel’s closest ally.

Officials described the draft in stark terms, dubbing it a “surrender” to Hamas because it did not explicitly allow Israel to keep ground troops in Gaza to root out tunnels –  even though they were willing to accept the same terms in the Egyptian proposal.

Tzipi Livni, the justice minister, told Kerry on Friday that the proposal was “completely unacceptable” and would “strengthen extremists in the region”.

The criticism has spread to the media, where a columnist for the liberal newspaper Haaretz dubbed Kerry a “nebbish”, a Yiddish word for a sad and clueless individual. “This was a betrayal,” wrote David Horovitz, the editor of the Times of Israel, on Sunday.

Much of the criticism seems to stem from Kerry’s decision to involve Turkey and Qatar, strong backers of Hamas, and to reduce the role of Egypt, which was central to mediating the past two truces between Israel and Hamas.

But the army-backed government that came to power in Cairo last year has cracked down on Hamas, labelling it a terrorist organisation and destroying most of its smuggling tunnels into Gaza, raising doubts about its ability to play an impartial role.

Officials from Cairo were not invited to a meeting in Paris over the weekend, where Kerry met at length with Turkish Foreign Minister Ahmet Davutoglu and with Qatari officials.

Even the Palestinian Authority – worried that Hamas will emerge strengthened from a ceasefire – attacked Kerry. An unnamed official told the Saudi-owned Al-Sharq Al-Awsat that the proposal would “destroy the Egyptian bid” for a ceasefire.

“He wants to use the war to strengthen the influence of the Muslim Brotherhood,” the official said.

The furore underscores a growing convergence of interests between Israel, Egypt, and most Gulf countries – with the exception of Qatar – all of which are staunch opponents of Hamas and other Islamist movements.

“It is misguided to shoot arrows at Kerry personally,” wrote Amir Tibon, the diplomatic correspondent for Walla!, a popular Israeli news website. “The preference for the Muslim Brotherhood axis, over the moderate axis, is a problem that begins in the White House.” 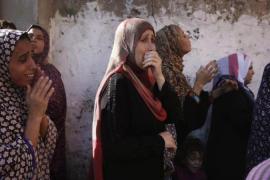 Fearing for their lives and that of their children, Palestinian women are suffering from severe mental health issues. 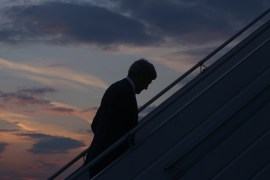 Is the US changing course on Gaza?

As efforts to end the violence stall, Washington is courting new players in the region. 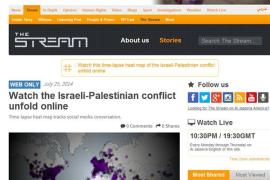