European nations have called on their citizens to leave Libya as heavy fighting between troops loyal to a renegade general and militias in the eastern city of Benghazi left more than 36 people dead.

This move comes as the Libyan government said more than 150 people had died in Tripoli and Benghazi in two weeks of fighting.

France on Sunday called on all its nationals to leave the country due to the deteriorating security situation.

“All our nationals are invited to get in touch as quickly as possible with our embassy in Tripoli,” the Foreign Ministry said in a statement.

The US, the UN and Turkey have pulled their diplomats out of the North African country.

A British embassy convoy was hit by gunfire during what an embassy official described as “an attempted hijack” as the convoy was on its way to the Tunisian border. No-one was injured in the incident.

Britain’s Foreign Office advised its citizens on Sunday to leave the country immediately because of the “greater intensity of fighting” in Tripoli and the likelihood of further attacks on foreigners.

Germany and Spain also issued warnings to their citizens to leave. Italy’s Foreign Ministry said it helped more than 100 Italians leave Libya and would help other countries evacuate their citizens as well.

Since the clashes erupted a fortnight ago, 94 people have died in the capital, and more than 400 have been injured as militias exchanged rocket and artillery fire across southern Tripoli, the Health Ministry said.

Another 55 people, mostly civilians, have been killed in Benghazi since the clashes have intensified over the last week between regular forces and militias entrenched in the city.

A new Libyan parliament was elected in June and Western governments hope warring parties may be able to reach a political agreement when the lawmakers meet in August for the first session. 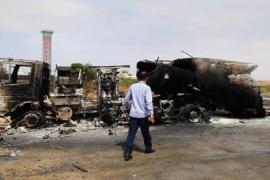 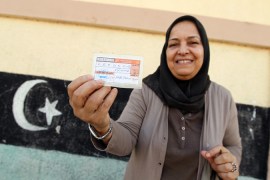 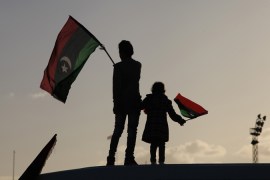