A Sudanese woman who was spared a death sentence for converting from Islam to Christianity and then barred from leaving Sudan, has flown into Rome on an Italian government plane en route to the US, officials say.

There were no details on what led up to Mariam Ishaq’s departure from Khartoum, and there was no immediate comment from the Sudanese authorities.

Ibrahim was sentenced to death by a Sudanese court in May on charges of converting from Islam to Christianity and marrying a Christian South Sudanese-American.

The conviction was quashed last month, but Sudan’s government accused her of trying to leave the country with falsified papers, preventing her departure for the US with her American-South Sudanese husband and two children.

Mohaned Mostafa, Mariam Ishaq’s lawyer, said he had not been told of her departure.

“I don’t know anything about such news but so far the complaint that was filed against Mariam and which prevents her from travelling from Sudan has not been cancelled,” Mostafa told Reuters.

Ibrahim says she was born and raised as a Christian by an Ethiopian family in Sudan and later abducted by a Sudanese Muslim family.

The Muslim family denies that and filed a lawsuit to have her marriage annulled last week in a new attempt to stop her leaving the country. That case was later dropped.

“If there is no European reaction, we cannot feel worthy to call ourselves ‘Europe’,” he said.

Muslim women are prohibited by Islam from marrying  men of other religions.

Mariam Ishaq, her husband and children had been staying at the US embassy in Khartoum. 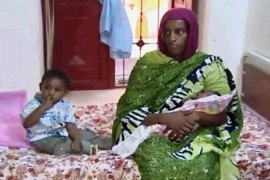 Mariam Ibrahim, who is facing death threats, and her two children given refuge at the US embassy in Khartoum. 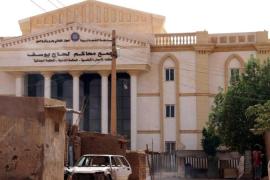 Sudan: A misconception of apostasy

Sudan’s recent apostasy death sentence is a manifestation of the wrongful use of religion in politics. 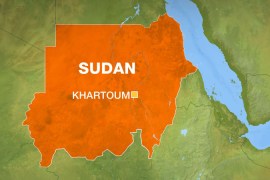