An online magazine has reported that the National Security Agency (NSA) and the FBI covertly scanned the emails of five prominent Muslim-Americans under the US government’s secret surveillance programme aimed at national security threats.

The article in the Intercept, a venture by journalist Glenn Greenwald, said on Wednesday that the targets included a lawyer, a Republican political operative, a university professor and two civil rights activists.

The Intercept said all five denied any involvement in terrorism or espionage and had not been accused of any crimes.

The magazine questioned whether the government obtained legal permission for its surveillance.

The article also said that some government training materials included a slur against Muslims, the AP news agency reported.

The NSA and Justice Department officials denied on Wednesday that US activists are targeted for criticising the government.

While not discussing the individual cases, officials said Americans are only targeted for email surveillance if there is probable cause.

“It is entirely false that US intelligence agencies conduct electronic surveillance of political, religious or activist figures solely because they disagree with public policies or criticise the government, or for exercising constitutional rights,” the NSA and Justice Department said in a joint statement.

The White House on Wednesday ordered national security agencies to review their training and policy manuals in light of the article’s assertion that a 2005 government training document contained an anti-Muslim slur.

“Upon learning of this matter, the White House immediately requested that the Director of National Intelligence undertake an assessment of Intelligence Community policies, training standards or directives that promote diversity and tolerance,” said Caitlin Hayden, a White House national security spokeswoman.

Hayden said that “the use of racial or ethnic stereotypes, slurs, or other similar language” was unacceptable.

All five raised questions in the account about why their emails would have been targeted by surveillance. The report said that several of the men had been subjected to previous government inquiries.

Gill, who worked for the Department of Homeland Security in the administration of George W Bush, was scrutinised by the department in 2003 after his name turned up in a national security investigation.

He was cleared in a later inspector general’s report, the Intercept account said.

Saeed told the Intercept he may have been targeted for his friendship with a south Florida activist who pleaded guilty to aiding a Palestinian armed group.

Amirahmadi has twice tried to run for president of Iran.

Awad’s group was named as an unindicted co-conspirator in the government’s prosecution of the Holy Land Foundation, once the biggest Islamic charity in the US, but which has been scrutinised for its ties to Hamas, a Palestinian group branded by the US as a terrorist organisation. 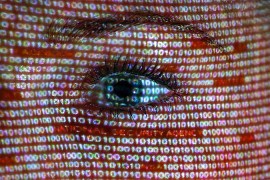 Leak to newspaper shows US spies collect pictures from social media and emails, for use in facial recognition programme. 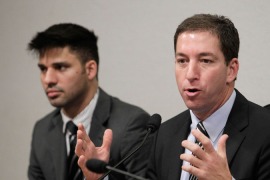